Based on data from the most recent”FBI Crime Report, the chance of being a victim of crime in South Dakota’s five safest cities is remarkably low. The SafeWise Report provided the information for this story.

Winner is ranked fifth as the top safest cities in South Dakota. Brandon is rated No. 1 followed by Sisseton, Summerset, Lennox and Winner.

In fact, no city on our list experienced more than twenty-five crimes in 2015. Reviewing the data further, we found that these cities reported fewer than five crimes for every 1,000 residents, whereas roughly twenty-nine crimes occurred per 1,000 people nationally during this period.

In all, the state’s five safest cities reported just nineteen violent crimes, only one of which was a murder. And two cities—Brandon and Summerset—reported no incidents of violent crime at all. The nominal property crime rate among these cities is equally impressive. Altogether, the five Safest Cities in South Dakota cited just fifty-seven property crimes. Of these, only eight were burglaries. Brandon, Summerset, Lennox, and Winner reported two burglaries each, and Sisseton—the second Safest City in South Dakota—reported none. The number of reported break-ins is especially low considering the safest cities on our list represent a total of nearly 20,000 citizens.
While South Dakota’s statewide crime rate is slightly lower than the national average, it’s still prudent to take a proactive approach to personal and home safety no matter where you live in the state.

To identify the safest cities in South Dakota, we reviewed the most recent FBI Crime Report statistics from 2015, along with population data. We eliminated all cities with fewer than 2,000 residents as well as any cities that failed to submit a complete crime report to the FBI.

From there, we evaluated the remaining cities. We narrowed it down based on the number of reported violent crimes (aggravated assault, murder, rape, and robbery) and property crimes (burglary, arson, larceny-theft, and motor vehicle theft) in each city. To further level the playing field, we calculated the likelihood of these crimes occurring out of 1,000 people in each city. 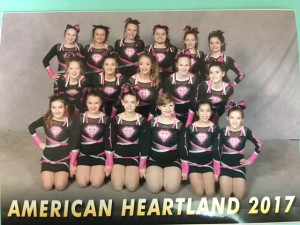 Spirit Gems won the spirit award at the Rumble in the Jungle in Brookings on Sunday, March 12.

The spirit award is judged on choreography, enthusiasm of the girls and the way they present their routine. 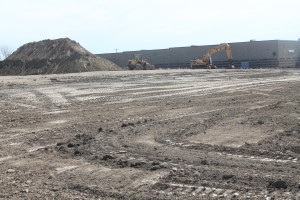 Runnings, Your Home, Farm and Outdoor Store, announced that work has begun on a new store at 326 South U.S Highway 18. The 60,000 sq. ft. store will be more than four times larger than the current store which Runnings acquired in 2001 from now defunct Quality Stores, Inc. An additional 15-20 employees will be hired to work in the new store which is scheduled to open early this fall.

“We’ve been in the current store for quite a few years and to a point where we need a bigger building to give customers more of what they want,” says Russ Temple, store manager. “Work has finally started and we’re very excited about what the new store will bring to not only Winner, but the entire region.”

Runnings is building the new store on approximately 11 acres of land which was purchased from Mathis Family Trust in 2013. This will be the company’s third new store this year as plans are in progress for new stores in Brockport, New York, and Moorhead, Minn. 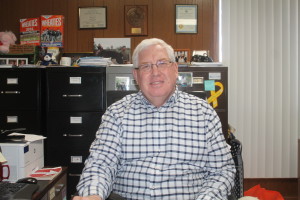 Rocky Blare was recently named the 2016 Individual Agent of the Year in South Dakota by Wellmark® Blue Cross® and Blue Shield® as part of the company’s annual Promise Awards. The Promise Awards recognize Wellmark agents and agencies for their success during the past year as well as their dedication to serving the needs of Wellmark members.

“My co-workers have definitely made this job so rewarding,” Blare said. “And the carriers, especially Wellmark, strive to make sure they’re making the best products available to my friends and neighbors. Being named a top agent is a great honor.”

“Wellmark agents are trusted advisors for our members,” said Sean McTaggart, Vice President Sales and Performance for Wellmark. “We are proud to honor Rocky for his hard work and commitment to integrity and excellence.”

When Blare isn’t working hard for his clients, he can usually be found working outside with his wife, Marj. “We enjoy working outside, helping with cattle, riding horses, and camping,” Blare commented. “And it’s all made better if it involves our children and grandchildren.” 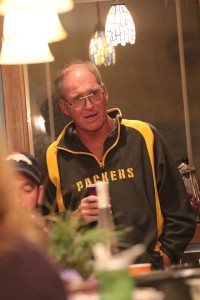 In October, Brad Schramm formally announced his retirement as president and executive director at the fall meeting of the South Dakota High School Baseball Assocation. At the annual meeting of SDHSBA in December, the reigns were handed over to Jason Gault (Vermillion, SD) as the new President of High School Baseball and Dane Yde (Sioux Falls, SD) as the new Executive Director.

Schramm is lifelong Winner resident and supporter of baseball. He has run the operations of the SDHSBA since it was formally organized in 2004 when he was voted president and administrator by the initial board of directors. He served 4 terms before electing retirement this year. Schramm was one of many individuals that spearheaded high school baseball’s humble beginnings in the state. He helped form the Winner-Colome cooperative team that most recently claimed the Class B crown last season. He has also served on the South Dakota Umpires Association for a number of years, and remains the secretary of the organization.

Jason Gault assumes the duties of president of the organization and will set the direction for the organization moving forward. Gault served as Vermillion High School’s head coach since the inaugural season of high school baseball before turning over the duties this past year. His team claimed the Class B state title in the 2012 season. Gault has also served on the SDHSBA board since 2009. He currently serves as the Technology Coordinator for the Vermillion School District.

Dane Yde has taken the role of executive director, managing the day to day duties of the organization. Yde has been involved in baseball since its inception, as he was part of the first class of students who were able to play baseball in all 4 years of their high school years. He has served as a coach and then board member over the past 8 years with SDHSBA. His father, J.R. Yde, was one of the many individuals (along with Schramm) that helped get High School baseball off the ground, and coached one of the charter teams in 2001 and 2002.

The first official season of High School Baseball was 2001 with 35 member schools. This season, over 80 schools will be represented through SDHSBA spring baseball. There are 16 teams competing the Class A division and 36 teams in the class B division. 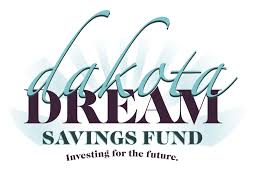 Owning a home is a dream that is shared by many young couples. A place to call their own and a place to raise a family is a dream that can be realized by carefully budgeting and saving money for the down payment.

The Dakota Dreams fund is an incentive to encourage families and individuals to participate in a two to one match to their savings.

Karla Brozik of the Tripp County development office talked about this savings fund at the annual meeting of the South Central Development Corporation.

The program is open to individuals or families who meet certain criteria. Persons must be a resident of South Dakota, total household net worth cannot exceed $10,000, excluding primary residence and one vehicle.

Total household income that does not exceed 200 percent of poverty or 80 percent area median income.
The income guideline for a family of two is $31,860 and for a family of four is $48,500.

A savings match is a promise to supplement a participant’s savings deposits at a specific rate; in other words, a 3:1 savings match means that for every dollar participants save, they will have another 3 dollars added to their total savings at completion.

The program has four requirements that must be completed before participants can receive match funds:

• Desposit at least $25 into your savings fund each month of participation. Participants must save for at least six months before become eligible to use savings for a home purchase.
• Enroll in case management and meet regularly with a case manager to set and work toward personal and financial goals.
• Complete financial education.
• Complete a homebuyer education course

Dakota Dream Savings Funds may be used to purchase a home anywhere in South Dakota.

Directors were elected at the annual meeting of the South Central Development Corporation held Monday, March 20.

Cody Bertram will replace Doug Long on the board. Directors re-elected were John Meyer, Frank Volmer and Dan Patmore. All will serve a five-year term. 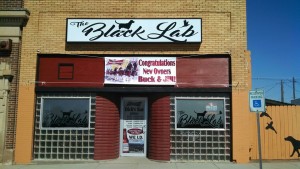 The Main Street building that is now the Black Lab is 100 years old this year.

This building has a lot of history. The Black Lab is celebrating the 100th anniversary with a customer appreciation on April 1 from noon to 4 p.m. The Black lab is located at 306 South Main Street in Winner and is owned by Buck and Jill Jedlicki.

The celebration will feature snacks and drink specials.

The building was built in 1917 and until 1921 was Matson Clothing Company.

From 1925 to 1929 Matson Clothing Company was back in the building.

In 2016, Buck and Jill Jedlicki bought the building and changed the name to the Black Lab.

Persons are invited to stop in and meet the current owners. Buck and Jill would like people to stay for the entertainment and anniversary party on Saturday night. 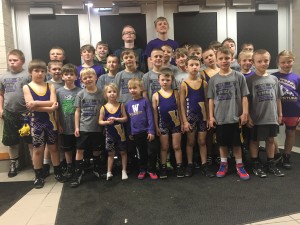 The state meet was Saturday and Sunday at the Rushmore Plaza Civic Center in Rapid City.