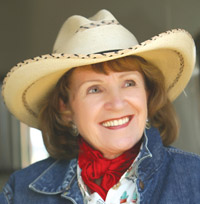 Yvonne Hollenbeck of Clearfield will be one of the featured poets at the national cowboy poetry gathering Jan. 29-Feb. 3 in Elko, Nev.

This is an international festival that honors the arts, culture and traditions of the rural west.

Hollenbeck writes poetry about her life on a ranch where she helps with everyday duties.

Although her poetry is often humorous about situations that were not humorous when they happened, her writing also takes a serious side when she reflects upon the hardships experienced by her parents and ancestral family members. 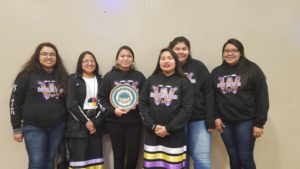 The team beat out Crazy Horse in the first round, St. Francis in the second round, Pine Ridge in the third round to go undefeated but lost in the fourth round, beat Crow Creek in the fifth round to come off the losers bracket. Then Winner beat Little Wound in the sixth round. In the championship round Winner won one and lost one to Rapid City for second place.

The team will be competing in the Dakota Oyate Challenge on Jan. 26 in Huron. 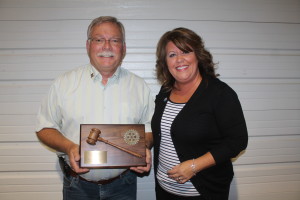 John Meyer of Office Products Center in Winner was among the business owners and operators who served as Business Delegates at the South Dakota Retailers Association’s (SDRA) annual meeting and awards banquet on Monday, January 8th in Pierre.

As part of the Business Delegate program, business people from each legislative district were invited by SDRA to participate in a legislative briefing regarding issues expected to be considered during this year’s state legislative session.

The briefing kicked off with Gov. Dennis Daugaard providing information on recent sales tax activity in the state including how the farm economy, increased healthcare costs and losing tax dollars from e-commerce impacts the State’s budget.

Attendees also heard presentations from Senate President Pro Tempore Brock Greenfield (R-Clark), House Minority Leader Spencer Hawley (D-Brookings) as well as SDRA’s legislative team, who offered their thoughts on some of the retail issues to be considered during this year’s legislative session. The delegates had an opportunity to ask questions and voice their opinions about the issues.

Non-meandered waters were a hot topic of discussion throughout the afternoon. Other issues discussed included proposals regarding campaign finance and data security.

The briefing was followed by a dinner attended by SDRA Business Delegates, legislators, state constitutional officers and cabinet secretaries.

SDRA believes connecting legislators with business owners is important. This event gives legislators the opportunity to hear about real issues affecting their business community while educating retailers about becoming more active in the legislative process. 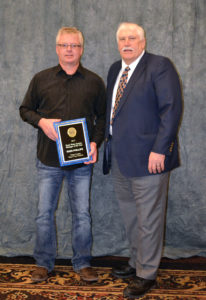 Phillips has been employed by Tripp County Water User District for the last 22 years. He started with the district in 1995 as a water operator and through those years acquired his certification as a Class 2 water treatment and distribution operations specialist. Since Russ accepted the role as manager, he has grown in this position and has grown the system with his leadership abilities. The system just recently completed an $11,750,000 project, which added two new system water towers, and approximately 183 miles of new pipeline, rebuilding of four and the replacement of five booster pump stations, added 88 new users and also completed 91 meter pit installations. He is currently supervising the addition of a new tower read system and the process of getting it to work in the needed areas of the District.

Tripp County Water User District employs seven individuals who oversee over 2,600 hookups. The district serves water to the counties of Tripp, Gregory, Portions of Lyman, Mellette, and Todd, individually serves the towns of Witten, Wood, Herrick, Fairfax, and St. Charles, and bulk serves the towns of Colome, Dallas, Burke, Bonesteel, six Native American communities, and serves as backup for the town of Gregory.

The South Dakota Rural Water Annual Technical Conference in Pierre annually hosts over 500 individuals and provides water and wastewater educational presentations for board members, managers, and operations specialists from throughout South Dakota. 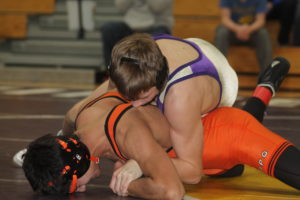 On Friday, Winner defeated Kimball/White Lake/Platte-Geddes 39-33. This match was followed by one with Philip and Winner Area won 38-33. 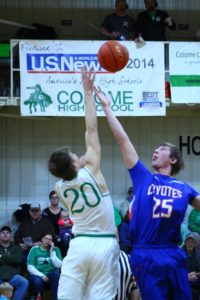 Kolton Salonen pulled down 8 rebounds followed by Wyatt Cahoy and Calvin Ringing Shield with 6 each and 5 each from Thieman and Kinzer. 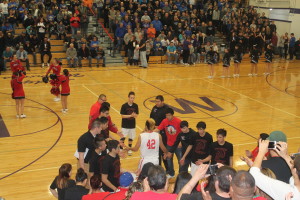 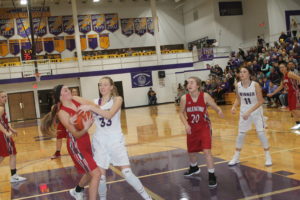 Winner Lady Warriors basketball team had a strong first half as they defeated Bennett County 77-28 on Jan. 16.

Morgan Hammerbeck scored 20 points followed by Madyson Frazier with 10, Abby Marts and Ellie Brozik with 9 each and Maggie LaCompte, 8.

Marts pulled down 6 rebounds. Frazier had 6 steals and 5 assists. 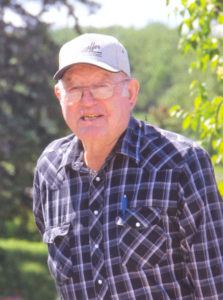 Peter Duffy, 88, of Clearfield, SD passed away on Monday, Jan. 15, 2018 at the Avera McKennan Hospital in Sioux Falls, SD.
Funeral service were held on Saturday, Jan. 20, 2018 at 11 a.m. at the Christ Lutheran Church in Winner. Burial followed in the Winner City Cemetery. Peter was born on June 13, 1929 in Long Pine, NE and was the son of Gilbert (Gid) and Florence Mildred (Cleal) Duffy. He lived at Duff, NE until the age of 10. Pete, his brother Gilbert, Jr. and a family friend moved the family’s cattle herd to their new home in Clearfield, SD.

He graduated from Winner High School in 1948. In high school, he enjoyed playing football and Legion baseball. Pete was an avid pool player at the Peacock Café where he shared his pool earnings with his younger siblings. He joined the Air Force in 1949 and was stationed in Wichita Falls, TX, Rantoul, IL and Japan during the Korean War as a sheet metal man repairing planes until 1953. He was awarded the Korean Service Metal, United Nations Service Medal, National Defense Service Medal and the Good Conduct Medal. After his discharge, he returned to the family farm in South Dakota.

Pete met the love of his life Delores Marie Miller at the Colome Legion Hall. They were united in marriage on Aug. 25, 1957 and shared 60 years together. They resided southwest of Keya Paha until the spring of 1962 then moved to their current residence. To this union were born six children: two sons and four daughters.

Pete was an Elder at Redeemer Lutheran Church and a delegate to the Clearfield/Winner/Hamill Tri Point Parish; he was a member of the VFW, National Farmers Organization, Farmers Union, Star Prairie School Board and Star Prairie Township Supervisor. He enjoyed dancing with the Boots and Calico Square Dance Club and also at the Carlock Dance Hall.

Pete was passionate about family, baseball, the democratic process and his herd of cattle. He would like to consider himself an expert pitch player, square dancer and all around funny guy. He loved celebrating numerous birthday parties with his family along with the many milestones of anniversaries, births, graduations and weddings.

He was preceded in death by his parents; sister Bernadine; brothers Bill and Jr.; brothers-in-law; Dale Short and Kenneth White; nephews Rollie Duffy and Darwin Eihusen and niece Deanna Kent.