Harter Named to All State Team 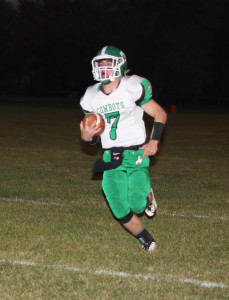 Reed Harter of the Colome Cowboys football team has been named to the Class 9B all state football team.  Harter, a senior, was named as a defensive back.

Harter was a force on the defense for the past three years. He capped his senior season with 101 tackles (37 solo and 64 assists) and averaged 10.1 tackles per game. He also picked off three passes. These numbers push his career totals to 277 tackles and 10 interceptions.

“He has been a team captain for two years,” said coach Scott Kortan. “He has been the team leader off and off the field for the last two years.”