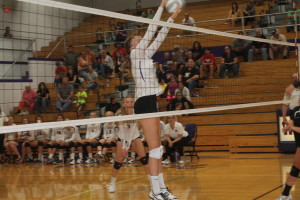 Sam Marts and Gracie Littau were 100 percent in serving. Alexis Richey and Morgan Hammerbeck each had 4 ace serves.

Hammerbeck was 80 percent in serve receive and Richey was 63 percent.

Richey and Abby Marts both had 11 digs.

Coach Jaime Keiser said Mobridge-Pollock is a scrappy team. “We came out ready to play and played very well the first set. We dug ourselves a hole by giving them too many unearned points in set 2,” said the coach. “We did a great job of attacking and digging, but struggled in serve receive. I was proud that we played together as a team and pulled it out in set 2.”

The next action for Winner will be Oct. 3 hosting Gregory and hosting White River on Oct. 5. 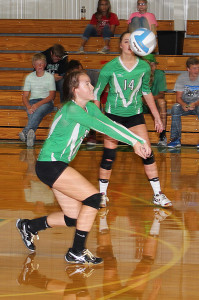 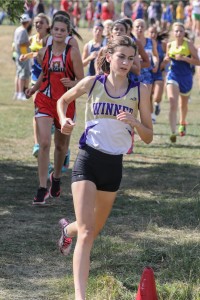 The Winner Area cross country team was busy this week as they competed in the Rapid City Invitational on Friday and Platte-Geddes on Saturday. 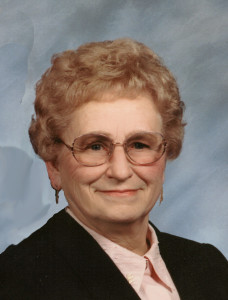 Marilyn R. Jones, 79, of Rapid City, passed away on Tuesday Sept. 19, 2017 with her husband, Douglas, by her side at the Redfield Care and Rehabilitation Center.

She was born June 27, 1938 on the family farm near Ocheyedan, Iowa to Merwin and Gladys (Morfitt) Dillehay. She grew up in Ocheyedan and graduated from Harris High School in 1956. She attended Morningside College and graduated with an Associate’s Degree in 1958.

Marilyn married Douglas Jones in Harris, Iowa on June 15, 1958, and from this union two sons were born, Daniel and Steven. Being a Military family, they lived in several different cities throughout the Unites States before moving to Winner, SD in 1976 where Marilyn opened “Marilyn’s Interiors”. She relocated the store to Spearfish, SD when they moved there in 1992. As an accomplished seamstress, Marilyn was talented in her ability to create beautiful custom window coverings, bed spreads, and other accessories. She also reupholstered many pieces of furniture throughout her career. Her hobbies included spending time with family and friends, laughing and having a good time no matter what she did. She also enjoyed watching the ducks at Canyon Lake Park, singing, watching classical and western movies, she especially loved musicals.

After Marilyn was diagnosed with Alzheimer’s in 2005, she sold Marilyn’s Interiors and they moved to Sibley Iowa in 2006 before returning to Rapid City, SD in 2015 to be closer to family.

Since Marilyn didn’t have any daughters of her own, she thoroughly loved to spoil and entertain her granddaughters by having sleepovers, watching her favorite movies and musicals with them, taking them on horseback riding adventures, making them beautiful dresses as they were growing up and she never missed the opportunity to go to their sporting events even traveling to Florida to watch them play fast pitch softball while they were in college.

In lieu of flowers if you wish, a memorial has been established to the Redfield Care and Rehabilitation Center in Redfield, SD as they took excellent care of Marilyn during the last 6 months of her life. Memorials and cards of sympathy may be mailed to Osheim Funeral Home at 2700 Jackson Blvd, Rapid City, SD 57702. 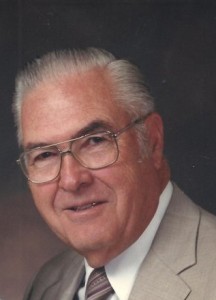 Lee was born in Sioux City, IA on Feb. 6, 1925. His parents were Arthur B. Albert and Marie (Nelsen) Albert of Nisland, SD. After high school graduation from Nisland, he entered the Army Air Corps and was honorably discharged in 1945.

Lee met Quindrid Frahm in Nisland. They were married, as Lee quoted, “on a rainy Saturday” in Broadus, MT. They remained married for 69 years until Quindrid passed away in 2012.

Lee received his B.A. in Education from BHSU in 1948. Later on he received his MA and Specialist Degree. He began his career as a teacher at Buffalo, SD. He later accepted a position as Principal of Gregory High School, Gregory, SD. In 1950 he moved to Humboldt, South Dakota as Superintendent of Schools. In 1955 he accepted a similar position in Winner, South Dakota. In 1966 he moved to Newcastle, WY as Superintendent of Weston County Schools , where he retired in 1986.

Lee was active in many organizations including American Legion in Humboldt, SD. In Winner and Newcastle, he was a member of the Lions Club and the city Country Club. He was an active member in the Lutheran church, both in Winner and Newcastle. His church community was very important to him and he continued to donate to it after he was unable to attend in person. Lee and Quindrid established a scholarship at Black Hills State University where they both graduated. In addition, Lee is a member of BHSU Hall of Fame as a member of the 1946-47 championship basketball team. He was also awarded BHSU Administrator of the Year in 1978.

Lee enjoyed golfing, playing bridge and sitting on the deck of his cabin “up on the prairie” near Buckhorn. It was family constructed and a true sense of pride for him. He looked forward to the family enjoying “the land”, especially over the summer holidays. During retirement, Lee and Quindrid enjoyed more than 20 years traveling in the south during the winter months. They finally settled in Val Vista Winter Village in Casa Grande, AZ. They made many lasting friends wherever they lived.

In lieu of flowers, please make donations to the Newcastle Humane Society or Weston County Hospital/Manor. Cards can be sent to 25332 US Highway 85N, Newcastle, WY 82701 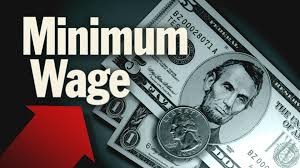 The minimum wage is annually adjusted by any increase in the cost of living, as measured in the Consumer Price Index published by the U.S. Department of Labor. This year’s increase was 1.9 percent and is rounded up to the nearest five cents.

These increases will apply to all South Dakota employers, with some limited exceptions. For more information, visit http://dlr.sd.gov/employment_laws/minimum_wage.aspx.

The National Rural Letter Carriers organization is comprised of three areas: Association, Auxiliary and Junior Auxiliary. The Junior Auxiliary is made up of children and grandchildren of rural carriers between the ages of 6 and 20. When the child/grandchild reaches the age of 14, he/she is able to run for a spot on the board, vote on new members of the board and policy changes. As president, Shannon will be responsible for the planning of activities for next year’s convention in Grand Rapids, Michigan. In addition, she will appoint people to several offices at the national level and run the business meetings. Other board members include: 1st Vice President Cassandra Lynn of Missouri, 2nd Vice President Ruby Halcomb of Colorado, Secretary Josh Hackett of New York and Treasurer Chavannah Chesnut of Indiana. 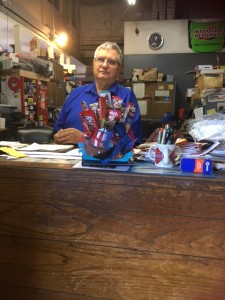 Mel Lee was recently honored for his community service by Modern Woodmen of America.

As a volunteer, he is one of the first to step up when needed. Lee, the owner of Mel’s Auto, received a bouquet of candy and good wishes just in time to share with his regular buddies during the social time at the shop.

Lee graduated in 1971 from Gregory High School and joined the National Guard the same year. He completed officer candidate school in 1981. While in the guard, he served in operation Desert Storm as a liaison officer where he received the bronze star. He retired in 1991 as a captain.

He has continued his service to veterans as a volunteer driver for the DAV van and spearheads the annual fundraiser to keep the van going.

Most recently, Lee and his crew organized and served the annual Labor Day barbeque. In addition to his connection to the military organizations, he presents Winner’s bid for the Legion baseball tournament at the state meeting.

Lee is a member of the Methodist Church, the Izaak Walton League, Winner Area Chamber of Commerce, Pheasants Forever and Shriners. He said “volunteering comes easy; it’s fun to do good things.”

He received the candy bouquet and a $100 gift for his favorite charity from the fraternal department of Modern Woodmen chapter 4414 of Winner. 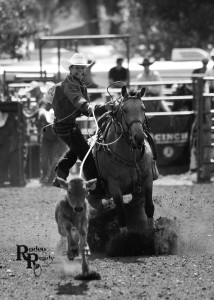 This is Petersek’s first time to compete in the timed event championship as he is now 14 years old. He also competed in the team roping and breakaway roping events.

The South Dakota timed event championship is not just an average rodeo. Approximately 100 youth compete for the title during the State Fair in Huron. They must be between the ages of 14-19 years old to enter.

Thousands of dollars worth of prizes including a championship trophy, Featherlite trailer, scholarships, trophy saddles, jackets and jeans, just to name a few were awarded.

Boys and girls compete against each other to determine South Dakota’s timed event champion.

Champions are determined based on a point system 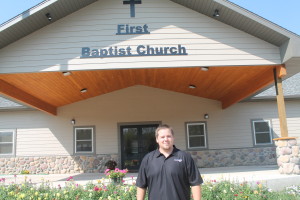 Justin Wheadon is the new pastor of First Baptist Church of Winner. He was installed as the pastor on Sunday, Sept. 17.

There was an opening at the church when Pastor Bruce Miller moved.

Wheadon said he heard of the opening from the Moody Bible Institute job site.

In July, Wheadon came to Winner as a candidate for an interview and also preached one Sunday.

Originally from Miles City, Mont., Wheadon was the visitation pastor at Grace Bible Church in Miles City before moving to South Dakota.

The pastor says his goals for Winner are to see God work through this church and expand and reach more of the community and surrounding area. He wants to build on the Awana program and youth program.