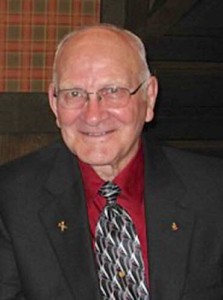 Marvin Lewis Hoffer, 87, of Bridgewater, SD, formerly of Platte and Winner, passed to his eternal rest on Monday, Aug. 28, 2017 at the Diamond Care Center in Bridgewater surrounded by his family.

Marvin Lewis Hoffer was born on March 9, 1930 in Reliance, SD to Mike and Edith (Harmon) Hoffer, joining a brother, Ronald and a sister, Wilma. At a young age, the family relocated to Presho, where Marvin attended Presho High School, excelled in sports and graduated in 1948.

While living in Presho, he met the love of his life, Carol Grace Cross. They were married on Oct. 29, 1950 and were blessed with five children.

Being of service to his country and community was of utmost importance to Marvin. He served his country in the US Army during the Korean War, returning home with a rank of Corporal.

Upon his return from the service, the Hoffer’s moved to Winner where Marvin finished his enlistment through the Winner National Guard. He worked at Winner Gas & Electric and eventually ran his own business, P&H Electric. He joined the Winner Post Office in 1961 as a substitute mail carrier. In 1978, he was appointed Postmaster in Bonesteel and officer in charge of the Tyndall Post Office. In 1981, he received the appointment as Platte Postmaster, where he worked until his retirement in 1992 after 31 years with the US Postal Service.

After retiring from the US Postal Service, along with his wife, Carol, Marvin became an owner/proprietor of MarCar Enterprises, a candy/vending business. MarCar was derived from combining Marvin and Carol’s names.

Marvin was a member of the Winner United Methodist Church, proudly serving in many capacities. Upon moving to Platte, Marvin and Carol joined the Olive Presbyterian Church where he was an elder and served on various church committees.

While living in Platte, Marvin was instrumental in bringing the Lyric Theater to the community, as well as serving on the Museum board, assisting with the relocation and upgrading of the museum.

Marvin loved giving of himself and was affiliated with many organizations that served and assisted others. He served on the Self Development of People National Committee for five years traveling to Haiti, El Salvador, Costa Rica and other places to set up grants for training camps. He worked to bring the SDCHIP (South Dakota Child Identification Program) to Platte. SDCHIP is an initiative of the Masons to gather standardized information and fingerprints of children in order to provide Law Enforcement with important tools to assist in the speedy and safe recovery of missing children.

Throughout his life, Marvin was a member and officer in many fraternal organizations: 35 year Mason where he held all offices at a local level, including District Master and reached the level of 32nd Degree Mason, Big Bend Shriner’s Club, Eastern Star, Odd Fellows and Rebekahs. He was the South Dakota State President for NAPUS (National Association of Postmasters of the United States) and a 50-year member of the American Legion.

In addition to serving his church, his community and his country, Marvin loved playing cards, Farkle and other board games, spending time with his family and hand-cranking homemade ice cream. He and Carol enjoyed square dancing and hosting card parties. He always had a twinkle in his eye and a smile on his face.

Expressions of sympathy may be extended to the family through mountfuneralhome.com. 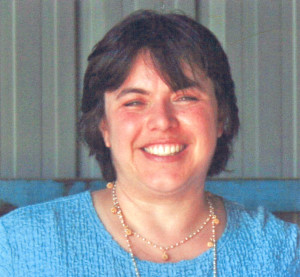 Michelle Paige Ferguson was born Aug. 24, 1964 to Bill and Joan (Sieler) Ferguson in Rapid City SD, where Bill was attending SDSM&T. Michelle was baptized Sept 20, 1964 at Zion Lutheran in Rapid City and confirmed May 21, 1987 at Christ Lutheran in Winner SD. Upon Bill’s graduation as an Electrical Engineer the family moved east, first to Kokomo, Indiana, where brother, Michael and sister, Heather were born, and then to the Boston, Massachusetts area. Michelle loved school and the east coast. In 1976 the family moved back to SD to the family farm in Witten and Michelle joined Eden School in Lone Tree Township. It was a tremendous change from life in Harvard MA, to a country school.

In 1982 Michelle graduated from Winner High School and began college at SDSU in Brookings SD. Michelle remembered only the good things about the east coast and left college to work as a nanny for the McCarthy family in New York. Michelle enrolled in Long Island University where she finished her accounting degree in 1988 but continued to work as a nanny. Upon graduation Michelle enrolled in Pace University Law School. There she met fellow student, Rochelle Weisburg, with whom she developed a life-long friendship. They received their Juris Doctorates in 1991. Michelle passed the New York bar exam on the first try and began work at IBEW Local 1430 Union. Michelle continued her close relationship with the four McCarthy children, attending their sporting events, driving them to school events and being their go-to-auntie. Michelle loved the excitement and energy of New York City.

In 2003 Michelle experienced a sudden change in vision as she was driving to work. She was diagnosed with a frontal lobe oligodendroglioma brain tumor and immediately underwent surgery in Bethlehem, PA. The surgery was partially successful but her prognosis was shortened to only a few years. A stage two clinical trial for brain tumors was beginning at Memorial Sloan Kettering Hospital (MSKH) in New York City and Michelle became one of 65 participants. The cutting-edge treatment was an adult stem cell transplant where her immune system was reduced to nothing. Michael, who worked in New Jersey, was allowed to visit during this treatment, but Dr. Kaley of MSKH declared SD germs were not allowed, so the rest of the family could not visit. Michelle continued to work during her long battle with the recurring tumor, undergoing periodic chemo treatments at MSKH and an MRI every three months. She holds the record for the most MRI’s given to one patient at Sloan.

Eventually, the tumor forced Michelle to quit her job and take disability. She continued living on her own in Danbury, Connecticut, for 3 years and could still drive and explore New York City. While in Danbury, she was an active member of Immanuel Lutheran Church and enjoyed the quilting group and working with the Comfort Dog Program. Finally, in October of 2016, Michelle had to move back to Winner because she needed extra care. She lived in a private residence for 5 months and spent 4 more months at Winner Long Term Care until her death August 26, 2017, surrounded by her family.

Preceding Michelle in death were her grandparents, Emil and Ann Sieler and Donna and Vern Ferguson; her aunt, Karen Trevino; her uncle, Bill Clark; and her brother, Michael.

Michelle loved life and people and never complained during the 14 years she fought the tumor. Her response was always, “It could be so much worse.” Michelle also had a great sense of humor, and her favorite quip to family and friends was, “What is WRONG with you?” 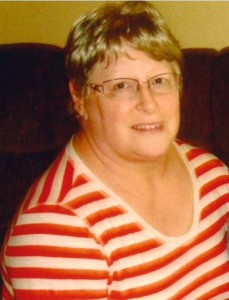 Sandy was the second daughter born to John and Betty (Konop) Rice on July 30, 1952 in Winner, SD. She graduated from Winner High School in 1970.

Sandy was introduced to Greg Erlandson by a mutual friend, and they were united in marriage on June 13, 1970 in Winner, SD and celebrated 45 years of marriage.

Sandy was a stay at home mom until she began 18 years of employment with Rapid City Regional Hospital; and was a teller for Dacotah Bank until she was no longer able to work due to her illness.

Sandy loved gardening, canning and cooking for her family. She also enjoyed watching the birds around her bird houses and flower beds. She was happy to have been able to take her first plane trip to Alaska last May with her children and grandchildren, to fulfill her dream of getting to see the whales.

She was preceded in death by her parents and her husband.