Gebhart to be Inducted into Winner School Hall of Fame 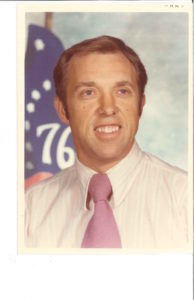 Gebhart is a retired administrator in the Winner School District.

Gebhart was the administrator of the local and federal Indian education program.

Gebhart was also instrumental in starting the Hershey youth track program and received the state Hershey volunteer of the year award.

Gebhart supported FHA and FFA and was named an honorary FFA member.

Gebhart is a graduate of Mitchell High School and Kansas State University. He received his master’s degree from the University of Northern Colorado.

He received the Heartland Saddle award and the Marcus Thompson memorial saddle for youth rodeo work. He also received the Tripp County Friend of 4-H Award and has been inducted into the S.D. 4-H Hall of Fame.

A significant honor for Gebhart was being selected Winner homecoming parade marshal.

Gebhart has served the Methodist Church as Sunday School superintendent, church board, choir member, and helping with youth mission trips.

Keith and his wife, Geneice have five children and 19 grandchildren.