Dates for a murder trial in Burke have been set after the South Dakota Supreme Court decided against hearing the state’s appeal to include more evidence.

Russell Bertram, 64, Sioux Falls, formerly of Colome, is scheduled to face a jury in a trial in September that could last for three weeks.

Bertram is suspected of first degree murder but prosecutors will not have the testimony of his ex-wives, which they thought could be used to prove motive.

Bertram, a former Harrisburg police chief, is charged with murder in the shooting death of his fiancé, Leonila Stickney in October 2009 which was initially ruled a hunting accident. Bertram grew up in Colome and served as police officer from November 1988 to August 1991.

A trial was originally scheduled for February but was delayed after the state asked the supreme court for the right to appeal a decision made by the circuit court on Jan. 28 that said the testimony of the three ex-wives were “unfairly prejudicial.”

The state said Bertram’s history of jealousy and abuse, revealed through the women’s testimonies, could serve as a motive. But the defense argued that the state was just trying to portray Bertram as a bad person as there is no history of violence between Bertram and Stickney.

An order issued by the supreme court said the court “expresses no opinion as to the merits of the state’s appeal” for a hearing to potentially overturn the circuit court decision but the request was denied.

Bertram and Stickney were engaged in 2009. 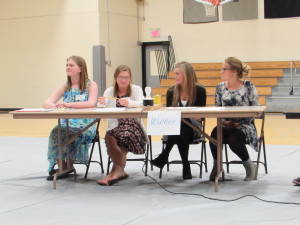 Results of the Winner team include:

Hayley Halverson—3rd in government and 2nd in personal finance.
Mary Calhoon—4th in chemistry and first in algebra II
Molly Sperlich—5th in U.S. History
Chloe Bartels—9th in biology and 4th in grammar III. 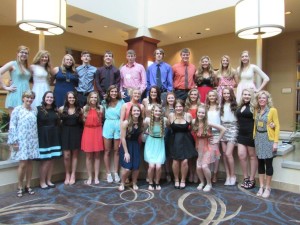 Winner was represented by 27 students and two advisors—Mona LaCompte and Lorna Phillips.   The SDSCA Convention included 968 students and advisors from 73 high schools across the state.

Chloe Bartels was elected to the capitol region board as a reporter. 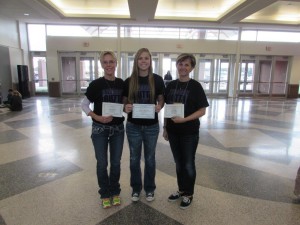 Sean Collins, Plymouth, Minn., formerly of the Witten area, will be running in the Boston Marathon on Monday, April 18.

Collins, son of Vern and Pauline Collins of Witten, is a 1985 graduate of Winner High School and a graduate of the University of South Dakota. He works as an accountant at a firm in downtown Minneapolis, Minn.

Collins has run half marathons in all 50 states and this will be his first Boston Marathon.  Collins qualified a year ago for the Boston event. 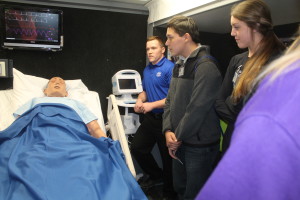 Thirty-five high school students from three school districts attended a Scrubs Camp in Winner on April 8. The camp was put on by Winner Regional Healthcare Center. The healthcare center received a grant to cover the costs of hosting the camp.

Scrubs Camp is a one day hands-on health career camp for high school students which provides them the opportunity to explore a variety of healthcare careers. 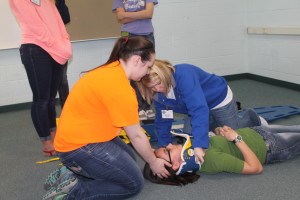 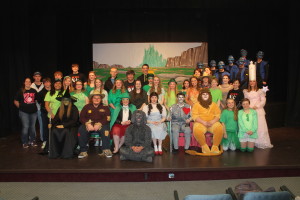 The mighty Oz has spoke and mesmerized audiences that packed the Winner Community Playhouse for three nights this weekend.  Winner High School presented “The Wizard of Oz” as the all school play Thursday through Saturday. This is one of the largest casts for an all-school play in several years. It was an amazing show.

We all know the story line about Dorothy and her dog Toto who are caught in a tornado’s path and somehow end up in the far away land of Oz. She meets some characters who accompany her on her journey. She is on a quest to see the wizard who can help her return to her home in Kansas.

Directors Kara Connot and Kelly Assman put together a cast that played their part like pros. Connot and Assman are to be commended for their efforts.

Kenzie Irick played Dorothy and did a wonderful job. It was a part that required a lot of lines to learn and a lot of acting. Irick is no stranger to the stage so she felt comfortable.  Dorothy’s ever faithful companion is her dog, Toto. And who could play a better Toto than John Kludt. Though his speaking lines were limited to a bark here and there, he was animated and made his role believable.
Along her journey, Dorothy meets the scarecrow played by Duncan English, the tin man played by Grant Winter and the Lion played by Jacob Woods. All were very good in their part.

There is a historian who helps narrate the play and Molly Connot played this to perfection. At the end of the play, Connot is revealed as the voice of Oz.

Of course, there is Aunty Em played by Sydnie Peters and Mary Calhoon and Uncle Henry played by Matthew Hartley.
The land of Oz is full of witches and munchkins, little people who live in this enchanted land.
The good witch of the North is played by Molly Sperlich/Liz Jankauskas.   The Wicked witch of West was played by Brielle Bachmann and Hayley Halverson played Glinda, the Good Witch.  The Munchkins were played by: Emily Moser, Shannon Duffy, Sadie Woods, Gracie Littau, Alex Meiners, Bethany Cable, Jace Voegeli, Andrew Taylor, Angel Shaw, Taylor Headrick, katy Lantz Shelby Scott and Arista Kaiser.

In the story of “The Wizard of Oz” the wicked witch sends winged monkeys to attack Dorothy’s party.

I loved the winged monkeys. Big football and basketball players filled with energy swoop down on the stage. They even did a little ad lib Friday night playing their role as monkeys. Nick Blare was the king of the moneys. The other enthusiastic monkeys were Mason Schuyler, Ty Bolton, Jonas Brill, Isaac Naasz, Luke Engel and Hunter Shopene.

The play moved swiftly thanks to the excellent work of the stage manager and stages hands who moved props around with easy and did not make the audience wait for lengthy scene changes.

The costumes and the set were excellent. Under the guidance of technical director Dan Patmore all the technical aspects of this play came together.

The directors used the artistic talents of Ruth Novotny to design the set, paint the wizard and backdrop build aunty Em’s and Uncle Henry’s house.

We have such great talent in this community and this play is proof of that fact.

If it seems I might be just a little biased that this was a great show. Well, you are right. I loved it, from the time Molly Connot engaged the audience in the opening scene to the time Dorothy clicked her ruby red shoes three times saying “there is no place like home.”

Well, there was no place like the Winner Community Playhouse as Oz made us all believers in heart, courage and brains to do the right thing.
Bravo to all. 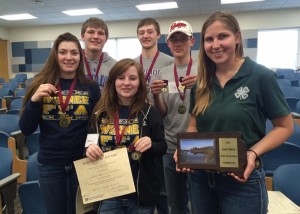 The Winner High School FFA chapter’s natural resources team won first place in a competition in Lennox on March 31.
The team was made up of Sydnie Peters placing 1st; Avery Gilchrist, 2nd and Kayleb Brozik, 1st. 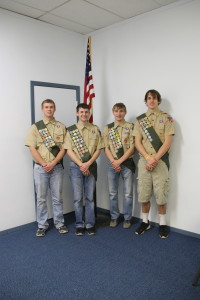 Four members of Winner Boy Scout Troop 100 will receive their Eagle award in a ceremony on April 16 at 4:30 p.m. at the Winner Methodist Church fellowship hall. 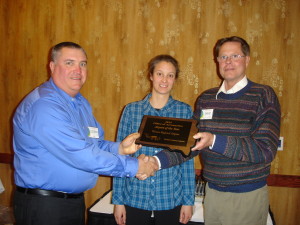 The Best Maintained Medium / Large General Aviation (GA) Award for 2015 was presented to the Winner Airport on March 19 during the South Dakota Airports Conference. The award was accepted by David and Tessa Howard. The conference was held at The Lodge in Deadwood and was attended by about 130 people. The award was presented by Colton Stahl of the SD Department of the Transportation, Office of Air, Rail & Transit. Jason Engbrecht, SD DOT, inspected all public airports in South Dakota annually and evaluated them based on the criteria below before selecting the winners. Engbrecht could not be at the award presentation. 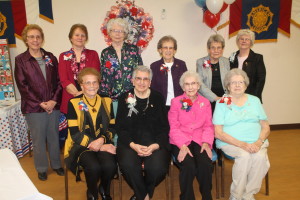 Women who have been members of the Winner VFW Auxiliary for over 50 years were honored at a spring social on April 8.