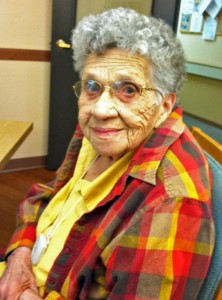 Janet Belle Tarr was born November 28, 1928, at Colome, South Dakota, the daughter of Otis and Hazel (Hougham) Tarr. She grew up on a farm-ranch six miles southeast of Norris, and attended Kaufman rural school, and later Todd County High School, graduating in 1947. She then attended Springfield Teachers’ College where she earned her teacher’s certificate. She taught at Patricia School northeast of Martin where she met Leonard.

Janet Belle was united in marriage to Leonard Andrew Hicks on June 1, 1948, in Martin. They made their home in Martin until the summer of 1952, when they moved to her parents’ farm-ranch southeast of Norris. They continued to live and work on that ranch their entire married life. Her husband Leonard preceded her in death on December 30, 2009.

She was on the Norris Township Election Board for many years. Janet Belle was a fabulous cook and was known for her fried chicken and milk toast.

The indictment charges that on or about November 26, 2015, Rezac had in his possession explosive devices at his residence in Dallas, S.D., including one pvc pipe bomb device and other improvised explosive devices (IEDs).

Rezac was arrested Dec. 22 on an active warrant in Denver, Colorado. Rezac is presumed innocent until such time as proven guilty.

State regulators dismissed a request last Tuesday to throw out an application for the South Dakota portion of Keystone XL pipeline. This sets up a decision as early as next month from the Public Utilities Commission on whether to re-approve the project.

Pipeline opponents argued before the PUC that President Barack Obama killed the project in November, which should put an end to the proceedings in South Dakota. But an attorney for TransCanada, the company behind the proposed pipeline, said the company remains committed to the project.

TransCanada’s proposed pipeline would go from Canada through Montana and South Dakota to Nebraska where it would connect with existing pipelines to carry more than 800,000 barrels of crude oil a day to refineries along the Gulf Coast.

The project has prompted opposition from American Indian tribes, some landowners and environmental groups that were concerned that the pipeline would contaminate water supplies and contribute to pollution.

Supporters argue the pipeline would be a boon for the county and will create construction jobs and boost tax collections in South Dakota.
TransCanada CEO Russ Girling has said the company still wants to build the pipeline, attorney William Taylor said.

“The project has not been abandoned,” Taylor said. “TransCanada has not said this party is over. Rather, TransCanada has said the company is absolutely committed to the project.”

The state initially authorized TransCanada’s project in 2010, but permits must be revisited if construction doesn’t start within four years.

The commission is now considering the company’s guarantee that it can complete the project while meeting the conditions of the 2010 approval.

After dismissing opponents requests to block re-approval and revoke the underlying construction permit, commission chairman Chris Nelson said the panel could decide on the project at the January meeting.

The number of South Dakota kids who are overweight or obese is 32.2 percent, essentially unchanged for the fourth straight year, according to a new state health report.

“The 2014-2015 School Height and Weight Report shows no real change in the South Dakota’s child and adolescent overweight and obesity rates,” said Ashley Miller, chronic disease epidemiologist for the Department of Health. “While it’s good that the rates have leveled off, our goal is to see those numbers come down.”

A total of 181 schools submitted student height and weight data for this latest survey, accounting for 37.3 percent of students in the state. The survey defines obese as at or above the 95th percentile body mass index-for-age when compared to kids of the same age and gender; overweight is between the 85th and 94th percentiles.

The department’s goal is to reduce the percentage of students who are obese to 14 percent by the year 2020.

Miller said the department offers a variety of resources to help encourage healthy diets and increase physical activity for kids. The Munch Code (www.munchcode.org/) provides healthy concessions information for schools and youth activities and Harvest of the Month (www.sdharvestofthemonth.org/) combines lessons and produce sampling to get kids eating more vegetables and fruit.

The full student height weight report is available at http://doh.sd.gov/statistics/. 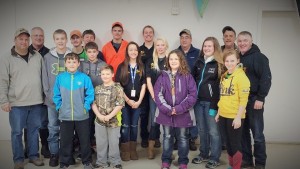 The first meeting will be sign up and safety meetings with a safety meeting and test the following week on consecutive Mondays or Thursdays.
Each shooter must attend the first two meetings to meet the requirements for the safety classes. Practice will continue each week after that until the state match in Ft. Pierre the end of April.

Safety and signup meetings will begin at 7 p.m. the first week and 6 p.m. the second week at the Tripp County 4-H Center.
Archery bows, bb guns and some other equipment is available for use.

All youth ages 8 and above are encouraged to participate in this program.  A parent or guardian must accompany the shooter each week. 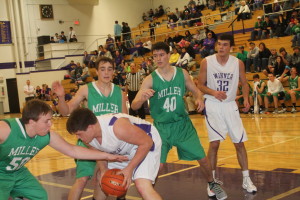 Winner High School boys basketball team picked up two wins this week. With the victories the Warriors improved their record to 3-0.  In the preseason Class A poll, Winner is rated 4th.
On Saturday, Winner defeated Sully Buttes 41-38.

On Friday, the Warriors hosted Miller and came away with a 57-47 victory.
Leiferman lead all scorers with 27 points and Krokilowski added 13.  Leiferman pulled down 8 rebounds.  DeMers had 5 steals and 5 assists. 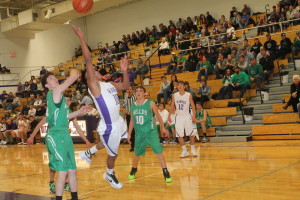 Winner Area wrestling team placed 8th out of 19 teams at the Valentine, Neb., tournament this weekend.
The Warriors had three placers. Kayleb Brozik took third with a 4-1 win over Gavin Tompke of Ord, Neb.  Wyatt Turnquist took fourth as he lost 6-5 to Chase Larsen of Plattsmouth, Neb.  Jayden Schroeder placed 6th as he lost 5-2 over Caden Billings of Valentine.

Reed Harter led the scoring with 29 points followed by Holden Thieman with 22 and Kelly O’Bryan with 18. Harter had 5 assists.

The Cowboys had a strong night on the boards as they pulled down 37 rebounds led by Thieman with 7 and 6 each from Jackson Kinzer and Isaac Kortan. 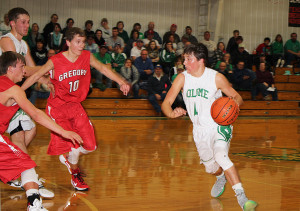 The Cowboys led 13-12 at the end of the first quarter. However, Gregory out-scored Colome 19-6 in the second quarter.
In the fourth quarter, Colome out-scored Gregory 26-16.

Holden Thieman scored 32 points for Colome with Reed Harter adding 12 points.  Thieman pulled down 11 rebounds and Jackson Kinzer and Reed Harter had 7 each.

“This was a tough battle between two good teams,” said coach Drew Weber. 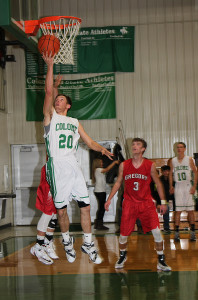 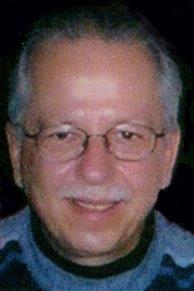 Gregory James Erlandson, 66, of Black Hawk, SD passed away quite suddenly at work on Wed., December 16, 2015. Greg was born October 20, 1949 to Francis (Jim) and Hazel Erlandson in Miller, SD. He lived in Highmore, SD for many years before moving to several places before he was high school age. He graduated from Winner High School in 1968. On June 13, 1970 he married Sandra Rice. He went to college at Springfield, SD for a year before he married. He went to school in Rapid City where they lived for 3 ½ years. The family then moved to Watertown, SD for nine years before moving back to Rapid City. He has lived in Black Hawk for the past 22 years. He was a long time employee of Family Thrift Center and Freeds, working for 30 and 33 years.