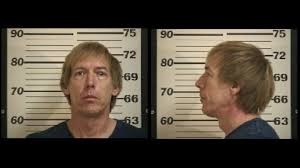 Government and law enforcement officials along with news media representatives were in Pierre Monday, March 27, for a ceremony to reenact the governor’s signing of a bill to make some police booking photos a public record.

The new law, which takes effect July 1, will make public the booking photos taken by law enforcement of those arrested on felony charges.

Attorney General Marty Jackley had the bill introduced in the legislature this year. Jackley had convened an open government task force last year that agreed to recommend the bill for consideration.

Gov. Dennis Daugaard, whose office also testified in favor of the bill, signed it into law on March 14.

Jackley said the new law is a good open government step for South Dakota and puts the state on par with most states around the country regarding public access to booking photos.

“Having routine booking photos available to the press and the public makes good government sense,” Jackley said. “It supports government transparency in the criminal process so the public can see what law enforcement is doing, what is happening in the court system.”

Jackley also said the new law will help the news media and the public have accurate information about felony-related arrests because access to the booking photo will make sure the correct person is identified.

David Bordewyk, executive director of the South Dakota Newspaper Association, said the news media was appreciative of the attorney general’s work to get this bill approved by lawmakers.

“The support and work of Attorney General Jackley along with his staff on this bill were key to its success,” Bordewyk said. “This bill has been several years in the making and after some legislative defeats in the past, this year we were able to see it across the finish line.”