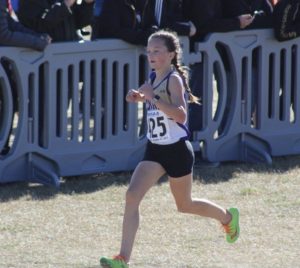 Schuyler’s fourth place is the highest place finish for a girl in Winner High School history. Her place and time qualify her for both Class A all-state and overall all-state.

As a team, the Lady Warriors took fifth place.

Coach Jayd Schuyler said this is the first time Winner has had 2 girls on the award stand at the same time, Sidda Schuyler and Laprath.

Last year the Winner girls placed 6th and was the first time the girls had placed.

Watson’s 15th place finish is the first Winner placer since Coleton Schuyler in 2014.

“Overall, it was a good day,” said coach Schuyler.