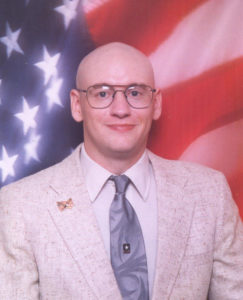 Funeral service will be held on Thursday, May 24, 2018 at 10:30 a.m. at the Immaculate Conception Catholic Church. Burial will follow in the Mt. Vernon City Cemetery in Mt. Vernon, SD. A visitation will be held on Wednesday, May 23, 2018 from 6-7 p.m. at the Immaculate Conception Catholic Church with a prayer service beginning at 7pm.

Justin’s early years were spent in Murdo, SD where he enjoyed playing outdoors, riding bike, and building robots out of his toys. Justin knew right from wrong and if he was going to do something where he would get into trouble, he would take Kendra with him.

In 1998 Justin moved to Winner with his family and graduated from Winner High School in 1996. Justin enlisted in the Army National Guard in 1995 when he was a Junior in high school serving six years as a combat engineer with the 153rd Engineer Battalion. In July 2002, Justin enlisted with the Army and joined the First Armored Division, “Old Iron Side.” This led him to nearly three years of service overseas, including Germany, which he loved, and a 15-month tour in Iraq.

After the military, Justin worked various jobs in Parkston, Chamberlain and Rapid City. He was a lifetime member of the Winner VFW and American Legion. Justin loved history, electronics, camping, playing with his nieces, and visiting with family, friends and former strangers.

Justin will be missed by his parents both of Winner, sister, Kendra (Phillip) Ringstmeyer and three nieces Kali, Dani, and Kori of Pierre. Several aunts, uncles, cousins, and friends. Justin was greeted at heaven’s door by his maternal and paternal grandparents, Andy and Elaine Cobb, Walter and LaVee Muhs, and maternal uncles Jim and Doug Cobb.