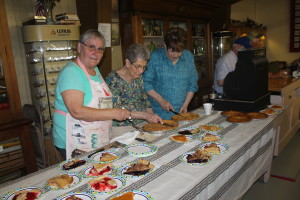 Featured at the Tripp County Historical Society’s pie and ice cream social on Sunday, July 10 will be a new book about Cahoy pottery.

Diane Harris-Basom of Stanton, Mich., wrote the book detailing the life of Emil Cahoy and his work. Harris-Basom will be signing copies of the book at the social.

The title of the book is: “Cahoy The True Story of Discovery, Artistry, and a South Dakota Legacy.”

The book is filled with pictures of Cahoy pottery.

Also attending the event will be Jim Cahoy and Patsy Grossenburg, children of the founder of Cahoy pottery. 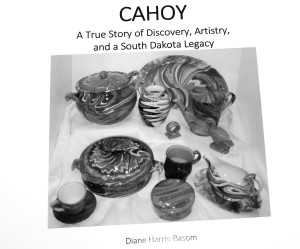 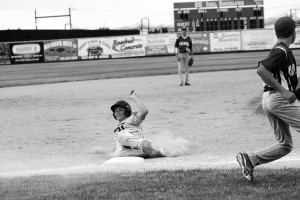 Evan Farner was the winning pitcher as he pitched a complete game.  Jacob Beckers was the pitcher for Colome.

Winner’s leading hitters were Oscar Pravecek with two doubles and Brady Fritz added a double.  Ryder Mortenson and Colby Kaiser each had hits. 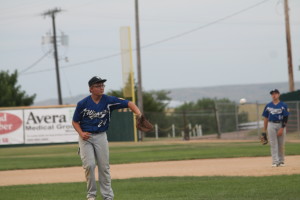 Pitching for the Royals were Ryan Sherman, Cameron Biggins and Dalton Baker.

Leading hitters were Biggins with 2 doubles, Reed Harter with a double and 2 singles; Carter Brickman with 3 singles, Ryan Sherman with 2 singles and Dalton Baker with 2 singles. 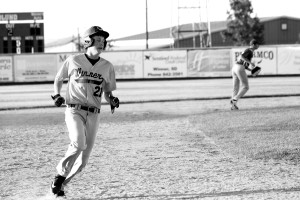 Nick Lantz was the winning pitcher.  Leading hitters were Riley calhoon and Cale Meiners with 2 singles.

Cale Meiners was the winning pitcher. Riley Calhoon had 3 hits, Levi McClanahan and Cale Meiners two hits and Nick Lantz a double and a single.

Cohl Ratermann of Colome will be one of two seniors who will be key pieces on Dakota Wesleyan University’s football team.

Ratermann played 11 games as a sophomore and put together a stronger junior season in 2015. The Colome native was third on the team in total tackles (59) and recovered a fumble.

“Cohl really turned the corner for us last year,” said coach Ross Cimpl. “He just started believing in himself. He is a big, physical presence and he had to fight through some injuries and work his way up. He’s established himself as a leader and is someone the younger guys can look up to.”

Cimpl said the experience Brady Mudder and Ratermann bring back to the defense will play a big role for the team this year. 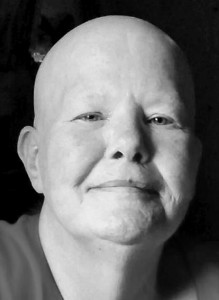 Cinda worked at various jobs in Salt Lake City before moving to Sioux Falls, SD in 1982. She worked at the Olive Garden and later for Len’s Awnings before retiring for health reasons.

Cinda was united in marriage with Ricky Schnepf in February of 1996. 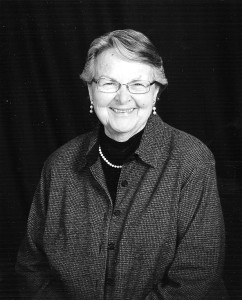 Moyra was born in Winner, SD to Charles Edmund (Eddie) Mason and Jessie (Frescoln) Mason on September 7, 1933. She attended school in Winner until her family moved to Sioux City, Iowa. She graduated from Central High School in Sioux City in December, 1950.

Moyra married the love of her life Dennis Pospisil on June 9, 1951 in Winner, SD. They were blessed with five children: Terry, Liane, Laurie, Lance, and Beth. They had a great life and were happily married for 52 years until Dennis’s death in 2003.

Moyra was lucky to find love twice and married Father Lyle Martin on June 25, 2006. She was his “wild Irish rose” for 10 years and 1 day.

For many years, Moyra was a piano teacher. Some of her granddaughters are proud to be former piano students of hers. She was also a talented and fastidious bookkeeper.

Moyra had many passions in her life. She was an avid reader, enjoyed counted cross-stitching, and loved to play games, especially Bridge with the girls and Mexican Train with her beloved family. She also had gifts as a talented pianist and was an exceptional cook and baker with a love for anything chocolate! She had a strong faith which sustained her always, but especially during the end of her life when her health started to fail. 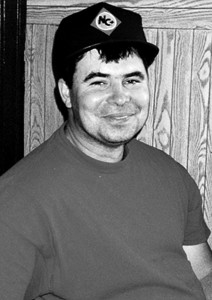 John was born on April 28, 1967 in Gregory, South Dakota to Martin and Mary Jane Smith.

He went to the Lucas Elementary School, then on to Burke High School. John graduated in 1985. After graduation he went to SDSU in Brookings, SD and graduated in 1992 with a degree in Arts and Sciences.

After graduation he helped his dad Martin farm. After his dad passed away he continued to run the family farm.
John was baptized at the Burke Baptist Church.

He enjoyed his farm life and received honors at the state fair as a century farmer. John loved and appreciated his family and everyone around him. He will be greatly missed by everyone.

Stephanie Pochop, Gregory lawyer, took office as president of the state bar of South Dakota on June 24 at the lawyers annual meeting in Sioux Falls. She will hold the office until June 23, 2017. 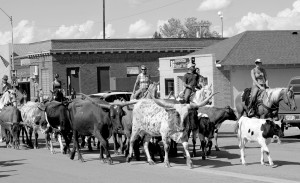 Saddle up for a real cattle drive, the Trail to the 2016 Burke Stampede on July 13th and 14th. Anyone wishing to ride is asked to contact trail boss Chris Cernetisch at 830-0473. The 2016 Trail to the Stampede will begin with a ride on the beautiful ranch of Todd and Tish Hoffman east of Fairfax on July 13th. On July 14th, the herd of Longhorn steers and cows with calves at side will be driven from north of the Herrick Elevator into Burke for the annual cattle drive down Main Street at approximately 4:30 PM.

The Longhorns will then be driven to the Stampede Arena in time for the Chuckwagon Feed and Stampede Idol Contest. You won’t want to miss this great opportunity to relive the days of yesteryear at an authentic cattle drive and experience the true west atmosphere of rodeos, cowboys, cowgirls and the western way of life.

This year’s Stampede Rodeo is the 27th Annual and promises to be one of the area’s finest rodeos. Make plans now to attend one or all three performances on July 15th, 16th, and 17th with all performances at 7:00 PM.