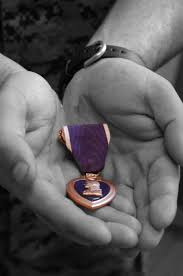 At the request of the South Dakota Department of Veterans Affairs, Gov. Dennis Daugaard has proclaimed Sunday, Aug. 7, 2016, as “Purple Heart Recognition Day,” calling on all South Dakotans to honor those men and women who are recipients of the Purple Heart Medal.

“While we are grateful to all of those who have served our nation, the 7th of August is a day designated to remember and recognize the sacrifices endured by those members of the Armed Forces of the United States who have been awarded the Purple Heart Medal, ” said Larry Zimmerman, Secretary of the South Dakota Department of Veterans Affairs. “It is fitting to set aside a day to recognize those who have been awarded the highest honor for their service.”

The Governor encourages all South Dakotans to set aside time on Aug. 7 to honor our soldiers who have been honored with the Purple Heart. “The men and women serving in our Armed Forces are tough, determined, courageous and capable of unbelievable acts of courage and sacrifice,” said Gov. Daugaard.

“Our military remains as strong as it has ever been. America’s veterans have been defined by the virtues of selfless service, sacrifice and devotion to duty,” said Zimmerman. “These men and women, who serve and have served, are the flesh and blood of American exceptionalism.”