Americans Are Flocking to National Parks 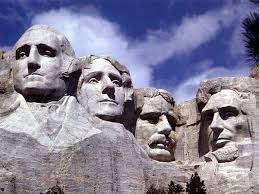 Near record numbers of Americans are expected to head to national parks this year as the U.S. National Park Service celebrates its 100th anniversary. Visitation to the national parks reached an all-time high in 2015 with more than 307 million visitors, the Park Service says, and AAA reports the parks will remain busy places in the year ahead. According to a recent AAA survey, 79 percent of Americans say they are as likely (42 percent) or more likely (37 percent) to visit a national park in the next 12 months, building on the momentum of this year’s centennial celebrations.

“The demand for national parks is off the charts this year, and it’s exciting to see that Americans are poised to take even more national park vacations in the years to come,” said Bryan Shilling, managing director of AAA Travel Products and Services. “In times of global uncertainty, many are turning to domestic vacations and the variety of national parks offers something for every traveler to discover.”

Eighty-five percent of Americans have visited at least one national park, and a majority say the national parks are a “must-see” vacation destination (73 percent).

Here in South Dakota, our own Badlands National Park in the southwestern part of the state boasts the largest undisturbed mixed grass prairie in the U. S. as well as one of the richest deposits of mammal fossils anywhere,” said Marilyn Buskohl, spokeswoman for AAA South Dakota. “The Badlands National Monument was established in 1939 and then was named a National Park in 1978. The 244,000-acre park is home now to bison, bighorn sheep, pronghorn, much of the 100-mile “Badlands Wall” with its dramatic spires, pinnacles and buttes – as well as a million visitors annually.”

National parks are growing in popularity among younger generations, with nearly half of Millennials (46 percent) saying that they are more likely to visit a national park in the next year, outpacing both Generation X and Baby Boomers.

According to the National Park Service, the most visited national parks in 2015 were Great Smoky Mountains, Grand Canyon and Rocky Mountain. AAA’s survey revealed the national parks that top most Americans’ bucket lists for future travels include Yellowstone (33 percent), Yosemite (17 percent) and Grand Canyon (12 percent).

Travelers planning trips to national parks in 2016 can enjoy discounts on select dates in honor of the National Park Service’s 100th anniversary. All sites that charge an entrance fee will offer free admission Aug. 25-28, on Sept. 24 and on Nov. 11. The service’s actual 100th birthday is Aug. 25.

The vast majority (91 percent) of visitors to national parks drive to their destination. The remainder choose to fly (18 percent), ride on trains or buses (10 percent each) or take a cruise or boat (7 percent).

The majority of Americans (66 percent) typically stay in a hotel, motel or lodge when visiting a national park. Camping (41 percent), vacation rentals or cabins (38 percent), staying with friends and family (33 percent) and bed and breakfasts (27 percent) are also popular accommodation options.

To evaluate national park travel intentions, AAA contracted with a national research company to perform a telephone survey of 1,012 adults living in the continental United States. Survey results are an accurate representation of the total continental U.S. population with a margin of error of +/- 3.9 percent at a 95 percent confidence level. The survey was conducted June 23-26, 2016.