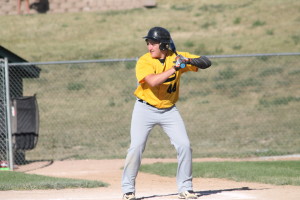 On July 8, Winner defeated Chamberlain 2-1 with Bolton as the winning pitcher. Leading hitters were Meiners with a double and a single.

Winner Teeners played in a tournament in Sioux Falls July 9-11.  Winner was the only Teener team in this junior Legion tournament.

In the first game, Winner fell to Sioux Falls East Junior Legion 4-3. Carter Brickman was the losing pitcher. Leading hitters were Meiners, Phillip Jorgensen and Shea Connot with 2 singles each

On July 11, Brandon Valley Junior Legion defeated Winner 6-3.  Meiners was the losing pitcher. Lantz and Brickman each hit a double and a single.