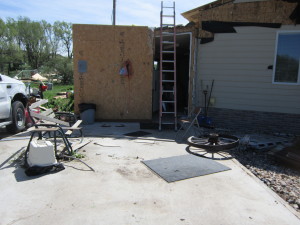 Severe storms that crossed South Dakota on Sunday led to reports of some tornadoes.

The National Weather Service says a tornado in Tripp County Sunday evening caused the loss of farm building and power lines down.  Rick Petersek, who lives east of Colome, lost a barn and the storm flipped over a semi.

The power was off in Colome for about three to four hours and the strong winds ripped power poles.

Rosebud Electric Cooperative of Gregory reported they lost five transmission poles north of the Colome Substation. This same lines feeds power to the Hamill area and residents in this area of Tripp County were also without power. The power went off around 8 p.m. and the power was restored around midnight.

REC says in their whole system they lost between 15 to 20 poles that were hit by lighting or blown down by the wind.