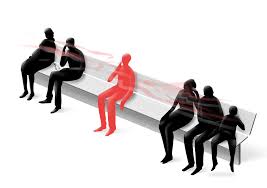 South Dakota public housing residents will be protected from the dangers of secondhand smoke through a new smokefree housing rule from the U.S. Department of Housing and Urban Development (HUD) that goes into effect on July 30.

“Secondhand smoke is a serious health threat, and can linger in rooms and even travel between homes in multi-unit housing. There is no safe level of exposure to secondhand smoke,” said Pat McKone, senior director of health promotions for the American Lung Association.

“Everyone deserves the opportunity to lead a healthy life, and ensuring homes are free from the risks of secondhand smoke is a critical step for the health of residents,” said McKone. “This is especially true for children and those who are more vulnerable to the impact of secondhand smoke, such as those living with asthma and chronic obstructive pulmonary disease. Today we’re making a healthier future for South Dakota and our country.”

In November 2016, HUD announced a rule requiring all federally-owned public housing to become smokefree by July 30, 2018. This rule will protect close to two million Americans nationwide from being exposed to secondhand smoke in their homes, including 690,000 children.

Secondhand smoke exposure poses serious health threats to both children and adults. Damaging health effects in children and adults include lung cancer, respiratory infections, worsened asthma symptoms, heart attacks and stroke. For residents of multi-unit housing (e.g., apartment buildings and condominiums), secondhand smoke can be a major concern even if people don’t smoke in your unit, as smoke can migrate from other units and common areas and travel through doorways, cracks in walls, electrical lines, plumbing, and ventilation systems.