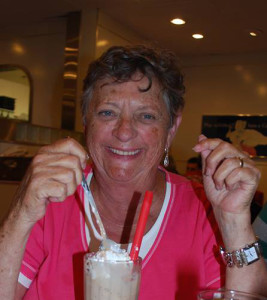 Geraldine Bartling (Geri) age 70, of Burke South Dakota passed away on Wednesday, Sept. 20, 2017 at Avera Gregory Hospital after a valiant and courageous battle with cancer.

Geri was born to Robert and Bessie Bohannon on Jan. 5, 1947 in Springfield Ill. She was a passionate and devoted mother and grandmother. Geri’s pride and joy in her final years were her seven grandchildren; she loved to dye Easter Eggs with them even when it wasn’t Easter.