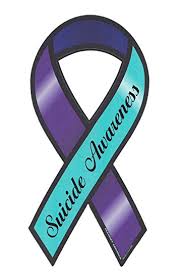 The South Dakota Department of Social Services has developed a suicide awareness and prevention campaign, BeThe1SD, to help decrease the number of suicides in South Dakota.

Since 2004, over 1,700 lives have been lost due to suicide in South Dakota. Those numbers have increased each year, with nearly one in six high school students in South Dakota having suicidal thoughts or tendencies, according to the 2015 Youth Risk Behavior Survey.

The ‘BeThe1SD’ campaign emphasizes a positive message that encourages youth to be vigilant about the signs of suicide and to “be the one” to make a difference. The campaign is supported by federal funds issued through the Substance Abuse and Mental Health Service Agency (SAMHSA), a Division of the Federal Department of Health and Human Services.

“The goal of the campaign is to educate and empower all South Dakotans so they can be proactive in preventing suicide,” said Department of Social Services Secretary Lynne Valenti. “We especially want to encourage young people to get involved because even a simple gesture or a question of concern can make a difference and save someone’s life.”

The campaign specifically targets South Dakota youth, which is a high-risk population, but is applicable to anyone in crisis. BeThe1SD highlights the warning signs of suicide and informs youth on how to get help for themselves, their friends and their peers.

Approximately 25 South Dakota high school students participated in the campaign, which included video and photoshoots at Dell Rapids High School. A website for the campaign can be found at BeThe1SD.com.

To learn more about suicide, the warning signs, how to get help and to find upcoming suicide prevention training, please visit sdsuicideprevention.org. For more information about the ‘BeThe1SD’ campaign, please contact Tia Kafka at 605-773-3165.