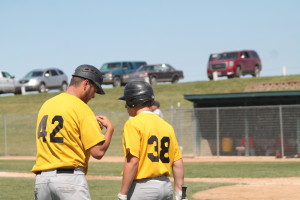 Winner Junior Legion opened play in the 16U tournament in Winner with a 15-3 win over Mission Saturday morning.   The game ended in the fourth inning.  Winner scored nine runs in the third inning.  Aaron Gilchrist was the winning pitcher.
Leading hitters were Dalton Baker with two hits, Phillip Jorgensen with 2 doubles and Shea Connot with two hits.

Saturday evening Winner was defeated by Onida 7-6 in nine innings.  Kameron Meiner and Gilchrist were the pitchers in this game.  Jorgensen had a double and a single with Oscar Pravecek getting two hits.

Sunday Winner was defeated by Gregory 10-2. 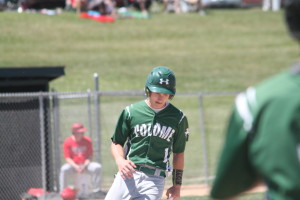 Colome Teeners baseball team defeated Winner 14-8 June 5 at Leahy Bowl.  Landon Thieman was the winning pitcher with Jackson Kinzer getting the save.

Colome Junior Teeners were defeated by Winner 17-7. Brayden Seegers was the losing pitcher.

Colome won the junior teeners game 6-5.  Alec Thieman was the winning pitcher with Joey Cole getting the save.  The game ended on a double play to Seegers at short stop catching a line drive and then going to first to catch the runner off base.

The Teeners won 11-1. Chase Dufek was the winning pitcher and Calvin Ringing Shield had the save. 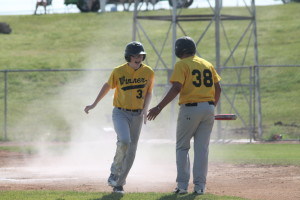 Zach Bohnet pitched three innings and Ashton Klein finished the game on the mound.  Brady Fritz had 3 hits and 5 RBIs with one of the hits being an inside the park home run.  Kolbe Osborn had 3 hits and scored 3 runs.

Charley Pravecek had 2 hits and Owen Duffy and reached base safely two times.

On June 2, the Junior Teeners opened with an 11-1 victory over Valentine, Neb.

Fritz picked up the win striking out 8 Valentine batters. Fritz, Klein and Duffy each had 2 hits. 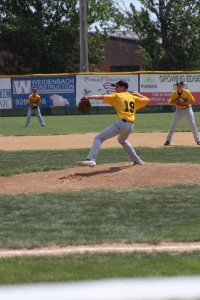 Winner Junior Teeners played three games in a tournament this weekend in Parkston.

In the first game, Parkston won 11-3. Brady Fritz pitched all five innings. He had 6 strikeouts and also had a triple.
Fritz, Kolbie Osborn and Evan Farner each scored a run.

In the second game, Winner lost 10-2 to Lennox. Zach Bohnet pitched four innings and only allowed four hits while striking out two Lennox batters.  Ashton Klein pitched the remaining inning.  Osborn had a double and Klein reached base safely twice.

Next action is Thursday at home against Mission. The team will host the Fathers Day tournament this weekend. 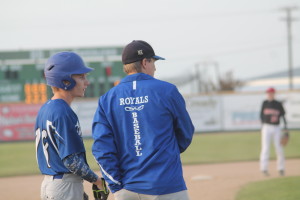 Winner/Colome Legion played five games in a baseball tournament this weekend in Aberdeen.

In the first game, Milbank defeated the Royals 7-2.   Ty Bolton was the losing pitcher as he threw a complete game with 7 strikeouts.  Kelly O’Bryan had a 2 run home run. Riley Calhoon and Bolton had 2 hits each.

In the next game, Winner/Colome defeated Aberdeen 9-6. Carter Brickman was the winning pitcher with O’Bryan getting the save.  Leading hitters were Jeremiah Yeaman with 2 hits, O’Bryan and Levi McClanahan with 2 runs scored.

Huron defeated the Royals 9-1. Brickman, O’Bryan and Andrew Laprath had one hit each.

In the final game, Fargo, N.D., defeated Winner/Colome 11-0. Calhoon and Nick Lantz each had a single.

Earlier in the week, the Royals played at home as they defeated Gregory 21-2 on June 7.

Coach Drew Weber said the team had a busy week against some tough competition. “Right now we are in a bit of a defensive funk. We will need to be more consistent in the field and make plays to help our pitchers out,” said Weber.

“Offensively, we have been a little bit on a roller coaster and need to get back to being more aggressive at the plate and start attacking opposing pitchers more. We have a full schedule with more tough competition on the way and it will only make us better.”

The Royals will play in Mitchell on June 16 starting at 6 p.m. On June 21, Winner/Colome will travel to Valentine, Neb. 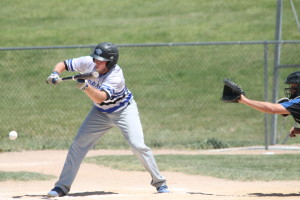 In a back and forth slugfest, Winner/Colome amateur baseball team was nipped 14-13 by Corsica/Stickney Saturday in Corsica.

Zach Harter hit his second home run of the game with two outs in the ninth to tie the game at 13 for the Pheasants.

With one out in the bottom of the inning, Corsica/Stickney scored a run to win the game.

For the Pheasants, Harter was 4-5 with 5 RBIs. Ryan Richey had a three run home run in the seventh inning. Derek Graesser had two hits and took the loss on the mound allowing six hits.

The Pheasants play at Dimock-Emery on Thursday and on Sunday Winner/Colome will play in Winner with Parkston here for a 6 p.m. game. 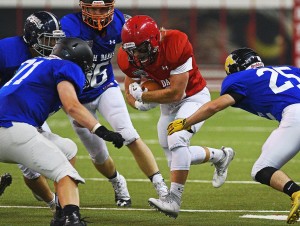 The South Dakota all star football roster has been announced.

The all star game was played June 10 at the DakotaDome in Vermillion.

Three members of the Winner High School football team will be playing on the Blue team.

Playing in the all star game will be Drew DeMers, Cameron Kuil and Jayden Schroeder.

Also playing on this team is Matt Campbell of Colome. 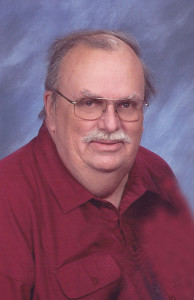 Dennis was born June 21, 1944 in Kadoka, SD as the only child to Dale & Anna Green. He went to White River schools through high school. He attended the University of South Dakota and graduated with a major in Music Education. While at USD he met and married the love of his life, Josephine Julia Hahn on June 8, 1969.

Dennis taught music in Platte, Waubay & Alexandria before moving to Winner in 1976 to work for Job Service, then to Mission to work for Department of Social Services. He then worked in Winner for the Winner City Jail until his retirement.
Dennis was a member of the Winner United Methodist Church, a member of the Winner Masonic Lodge #166, member of Roseland Chapter of The Order of Eastern Star Chapter 113, also Associate Bethel Guardian of Job’s Daughters International Bethel #21.

The joys in his life included spending time with his children and grandchildren, hunting and fishing, helping with the community playhouse both in acting and set work, playing and singing music in many forms.

His wife, children and grandchildren will miss his storytelling, his laughter, his words of wisdom, and constant guidance in always doing the right thing. 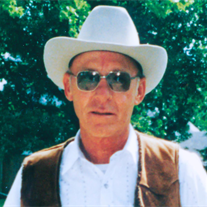 Paulson was born on Sept. 9, 1940, on the family ranch near Mission, South Dakota, the son of Clarence and Edna (Breding) Paulson.

He attended country schools in the area and was a 1958 graduate of Todd County High School. He then attended Southern State Teachers College to study auto mechanics. After receiving his diploma he began working for Luter Implement in Valentine.

He was united in marriage to Emma C. Parks in November 1960, at Ainsworth.

In 1967, the couple moved to Doniphan where he began working at Sperry New Holland in Grand Island, later moving to Giltner.

Roger enjoyed working with and raising cattle and working on old tractors of his own and for others. He collected toy tractors and coins and liked to attend auctions. He loved spending time with his family and having coffee with his friends, where they would try to solve all the problems of the world. 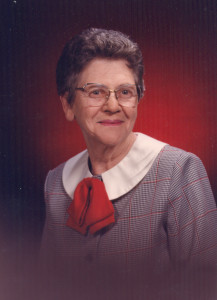 Doris Osterman was born Aug 4, 1920, to James Royal DeLong and Clara Edith (Jackson) DeLong at Crookston, Neb. She was the third of four sisters. Her sisters were Mary Beatrice (Bea), Ruth Alice and Ethyl Ferne (Ferne). When Doris was young her family moved to a ranch south of Kilgore Nebraska on the Niobrara River. She had many memories of living there such as: attending the ABC School (which still stands today), her father’s fruit orchards, fishing in the pond and spending Sundays on picnics and searching the sand blow outs for Indian Arrowheads of which they had an entire bucket full of.

On Aug 14,1937 Doris was united in marriage to Walter Nile Osterman. A son and daughter were born to this union. Nile Walter (Sonny) & Alice Elaine (Elaine).

Doris was never afraid to work hard. She was a cook for hired men on several ranches. She owned and ran a café in Mullen, Neb.. She worked at the Buttercup Café in Valentine Neb. She also worked for many years at the Pine View Good Samaritan Home in Valentine. When she retired she decided she wasn’t ready to quit working entirely. She loved to read books so with the help of her daughter and son-in-law, John she opened a used book store and named it Rainbow Book Exchange. It gave her a purpose to get up and get out of the house everyday. She was in the public and while there she made many friends who would just come in and set and chat for a while. She ran her book store until she was 80 yrs old.

Doris was a good seamstress and quilter. She would embroider or cross stitch blocks of fabric and when she had enough for a quilt she would put them together and hand quilt every stitch by hand.

Doris’ love to cook was shared with the family that she cherished so much. Many a holiday or Sunday were spent at her house enjoying good old fashioned meals. When the dishes were all done it was nothing unusual for her to bring out the Scrabble board or her deck of cards so a rummy game called “May I” could be played.