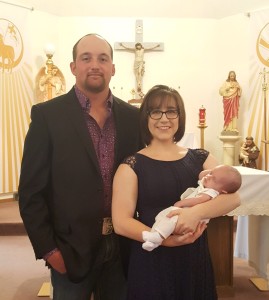 Cole Shippy grew up in Colome, SD and graduated in 2011. He then attended Western Dakota Technical Institute in Rapid City for diesel mechanics in which he achieved his AAS degree. After high school graduation Cole didn’t know if he would return to the family feedlot. “I kind of picked something where I could leave and have a job somewhere else, but I also picked something that would help with the feedlot in case I did come back.” During college, Cole had an internship for a semester and worked in a truck shop. While working there, Cole decided he didn’t think it was his thing to lie underneath trucks fixing all day while it was nice outside. He decided he would rather be outside instead of in a shop all day. “That’s when I decided I knew I was headed back (to the feedlot).”

Cole’s wife, Lacey, grew up in Dayton, VA and graduated from high school in 2011. She attended a community college for 2 years and then attended Virginia Tech for 2 years and graduated with a bachelor’s degree in agribusiness. She didn’t plan on going back to the family farm where they raised dairy, poultry, pigs, and a little bit of everything. Growing up Lacey participated in 4-H by showing steers and hogs. She was very active in the livestock judging aspect.

Before Lacey graduated from Virginia Tech, she was on the hunt for a job. While attending the National Association of Farm Broadcasters convention, she gathered numerous business cards for possible jobs. From those business cards, she sent emails to all inquiring about job openings. She heard back specifically from WNAX in Yankton with a job opening in the Ag News Department. WNAX wanted her to come out and see the area. Lacey states, “They figured if I was going to take a job out here, I should see what I am getting into because South Dakota is kind of foreign for me from where I am from.” In December 2013 she visited South Dakota for 3 days and got offered the job at WNAX. Lacey took the job and came back to South Dakota in March 2014 with a friend to do some house hunting and drive around. While house hunting, Lacey and her friend wanted to see how far west they could go and drove as far west as Winner and ate at Dairy Queen. “I had no idea I would be living somewhere in between! We thought it was the middle of nowhere!”

Lacey stated WNAX ran ads for the Burke Stampede. She told her news director that it sounded like fun and she was going to go! He said to her “do you even know where Burke is?” She said, “No but I’m going to find it.” While at the Burke Stampede she heard about a dance hall in Norden, NE. She again said “that sounds fun” and found her way to Norden, NE. It wasn’t the first dance she went to, but Norden Dance Hall is where Cole and Lacey met.

Lacey compares Winner to where she grew up in Virginia. She says life here is very different. “It is laid back, slow, no rush to get places and do things, and the people are a lot more laid back. Harrisonburg, VA is such a busy place and there are so many different types of people. It made it hard to interact with your neighbors. Out here you can trust the people in town. It’s a big difference.”

The people is what Lacey enjoys most about living in Tripp County. “Just a super friendly place to be. I feel safe and I feel welcomed. This is a much different culture than where I came from and I like it.” Cole agrees with enjoying the people. He states the community is like one big family.

The biggest challenge for Lacey living in a rural area is tornadoes! She doesn’t do those very well! She says people need to appreciate what they have living in Tripp County.

Cole doesn’t feel there are too many challenges living in a rural community. He states “with the internet, you can get anything you need in a couple of days. There are lots of jobs and work if people are willing to do it.”

Lacey is glad she is raising her family here and not where she grew up. She states, “It is a safe place. I look out the window during the day and there are kids running up and down the streets. Their parents aren’t running after them or afraid they are going to get hit by a car or picked up by a gang member. This is a good, wholesome place to raise a family. There are a lot of opportunities (for kids) if you seek them out.” Cole feels there are many opportunities to keep children busy in their community as well.

When asked what advice each would have for someone contemplating moving to Tripp County, Cole states, “I have never regretted moving back.” Lacey states, “You have to see it to appreciate it. I’ve been happy with the decision to come out here. Don’t worry about Walmart not being 5 minutes away!”

Cole and Lacey Shippy live in Colome with their newborn son, Mason. They both work at Shippy Cattle Company. 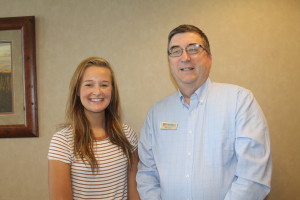 The local chapter of Pheasants Forever is working to promote the hunting in this part of South Dakota with a special project.

The national Pheasant Fest will be in Sioux Falls Feb. 16, 17 and 18, 2018. This is the first time this national outdoor show has been in South Dakota.

It is a way for local hunters and /or lodges to get their name in front of a national audience.

“We are trying to do something to promote our area,” said Mike Scott, president of the local chapter of Pheasant Forever.
Scott added they are not competing with the Winner Area Chamber of Commerce as this will be a one shot deal.

In this brochure will be stories and picture of Tripp County Pheasant Forever members and lodges.

This summer, Molly Sperlich, a graduate of Winner High School, will be conducting interviews, writing stories and taking pictures.

Sperlich will be a freshman at the University of South Dakota where she will be majoring in journalism. Since she is going to college in mid-August, all interviews need to be conducted prior to this time.

The deadline for new people to contact Sperlich is the first week of August.

The high school graduate is excited to be starting this project and be able to learn journalism skills.

Sperlich will come to the landowner’s lodge or ranch to conduct the interviews and learn more about their hunting operations.

A unique feature of this project is that the picture to be used on the front cover will be auctioned off at the local Pheasants Forever banquet in October.

Scott says once all the material is collected and the brochure is printed it will be taken to Pheasants Fest for hunters from across the nation to see the hunting opportunities that are available is area of South Dakota.

Scott sees it as a great promotional tool but also to encourage local people to go to Sioux Falls in February and experience Pheasant Fest.

Scott says all types of hunting can be featured, it just does not not just have to be pheasants.

So, persons interested in being a part of this special project are urged to give Sperlich a call and set up a time for an interview. 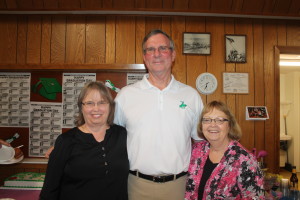 Three teachers who have retired from the Colome Consolidated School District have a combined total of 130 years of teaching.

Greg Sherman and Sealey both started teaching in 1974 and Renee started in 1973. 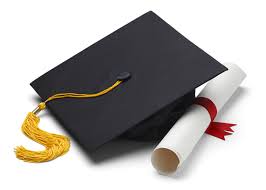 Trevor Sachtjen of Winner graduated from Western Dakota Tech. He received a degree in business management and marketing.

Shayden Drey of Winner has been named to the dean’s list at the University of Sioux Falls for the spring semester.

Tawny Barry of Carter, has been named to Eastern New Mexico University’s dean’s List for the spring 2017 semester.

Tawny Sherman of Winner has been named to the spring semester honors list at Dakota State University, Madison. 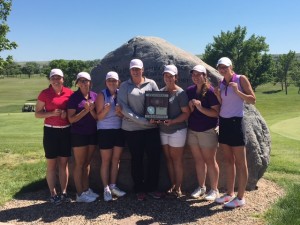 Winner Area girls golf team won the Region 3A meet at Hillsview Golf Course in Pierre on May 30.

The Lady Warriors shot a 357 as a team, eight strokes in front of perennial region power Parkton who shot a 365.

Ronae Klein was the medalist with a round of 80, one shot ahead of Parkston’s second place finisher.  Addy Root was third with an 87 and Liz Jankauskas was fifth with a 90.

The state Class A girls golf tournament was June 5-6 in Hartford. 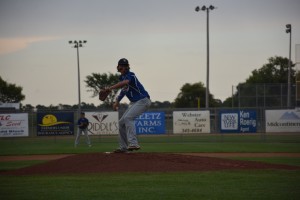 On Friday at Leahy Bowl, the Royals defeated Platte/Geddes 11-10 and on Sunday they team won over Parkton by a score of 9-2.

Carter Brickman pitched four innings allowing four runs, 6 hits and 5 strikeouts. Kelly O’Bryan was the winning pitcher as he pitched two innings. He had 4 strikeouts.  Lantz pitched one inning for the save.

Levi McClanahan had a two run home run, a single and 3 RBIs.  DeMers had a 2 singles and 3 RBIs and Jeremiah Yeaman had 2 singles. 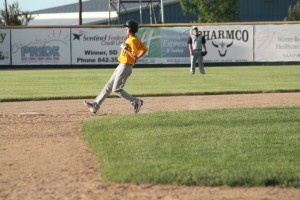 The Winner Junior Legion baseball team opened the season with an 8-1 victory over Valentine, Neb., on June 1.

Phillip Jorgensen had a triple and a single. Oscar Pravecek had a double and Kameron Meiners had two singles.

On the mound, Aaron Gilchrist went six innings allowing only two hits and striking out 7.

Dalton Baker, Fred Whiting and Kameron Meiners did the pitching.

Meiners, Tyler Olson and Colby Kaiser all had 2 hits. 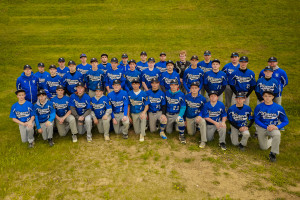 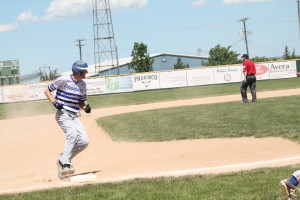 Winner/Colome amateur baseball team picked up its third Sunshine League victory with an 11-8 win over Wagner on May 28 in Winner.

Drew Weber earned the win on the mound allowing six earned runs on seven hits with eight strikeouts.  Derek Graesser picked up the save recording five strikeouts in two innings.

Zach Harter and Austin Calhoon each had four RBIs.  Harter had a home run while Calhoon picked up the win on the mound tossing a one hitter.   Calhoon had 8 strikeouts and two walks in the five inning game.

Tarrell Bauld added a double and three RBIs while Austin Richey and Dillon Lambley each had 2 RBIs.

Derek Greasser had a solo home run and pitched a complete game in Sunshine League play.