South Dakota’s gas price average of $2.23 is the highest it’s been since Nov. 4, AAA reports. Today’s mark of $2.23 per gallon is 28 cents above the price recorded one year ago.

Nationwide, retail averages have increased 28 of the past 31 days and prices have moved higher by fractions of a penny since Friday. The national average for regular gasoline currently sits at $2.29 per gallon, which is four cents more than one week ago, 16 cents more than one month ago and 29 cents more year-over-year.

AAA estimates U.S. drivers have saved about $27 billion at the pump so far this year compared to the same period last year. Today’s national average price for a gallon of gasoline is 29 cents more than the average price on New Year’s Day in 2016 ($2.00). Most U.S. drivers are expected to pay the second-cheapest New Year’s Day gas prices since 2009, when the national average was $1.62.

To start off the new year, all eyes will be on OPEC to see if they, along with partnering countries, will stick to their 6-month promise to cut 1.8-million b/d of crude per day. The Oil Price Information Service projects that member compliance will likely be around about 70 percent, with expectations that Saudi Arabia, Kuwait, the United Arab Emirates and other Arab Gulf countries will stick to the deal while Libya and Nigeria could potentially increase their production output if conflict in both countries continues.

Over the past five years, the average domestic drop in demand during January has been 358,000 barrels per day or about 15-million gallons, according to OPIS. The oil information service estimates a larger dip this year. 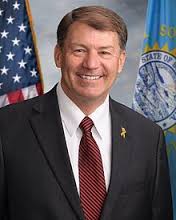 Two years ago, you trusted me with your vote to serve as your United States Senator. Having seen the damaging effects of our overreaching, broken federal government as a business owner, governor, father and grandfather, I was eager to get to work to fix Washington.

While partisan gridlock in Washington still exists, we were able to make progress in several specific areas. We were able to enact the first major changes to our education laws since ‘No Child Left Behind,’ returning decision-making to the local level where it belongs. We also passed a long-term highway bill for the first time in two decades, allowing us to make long-overdue improvements to our roads and bridges.

While we still have work to do on tax reform, we were able to come together to make permanent sales tax deductions as well as deductions for charitable giving and certain educators. We also made section 179 permanent at the $500,000 level, which particularly benefits farmers and ranchers and could increase U.S. economic output by nearly $19 billion over 10 years. This type of tax relief allows South Dakota families and businesses to plan more efficiently and spend more of their money how they see fit.

While the accomplishments of the 114th Congress are a start, I am also aware of the challenges we continue to face. Despite getting 240 bipartisan bills signed into law, we still have a broken budget system, an over-sized bureaucracy, too much red tape and a tax code that is more than 74,000 pages in length.

The regulatory regime alone is costing Americans nearly $1.9 trillion annually, far more than is paid in individual income taxes. These regulatory costs are taking money out of the pockets of hard-working South Dakotans, stunting economic growth in our country and hurting the citizens our government is meant to serve.

While we have made improvements to agencies such as the VA, too many veterans today are still suffering at the hands of administrative bureaucracy. We have an Indian Health System in need of total overhaul, employing twice as many bureaucrats as actual health providers. Meanwhile, tribal members are literally dying awaiting care the federal government has an obligation to provide. We must seek ways to make these and other agencies more efficient.

In the next Congress, addressing our debt crisis must also be a priority. The long-term driver of our debt is mandatory payments and interest on our debt, currently over $19 trillion. Yet Congress does not even debate the merits of mandatory payments, which accounts for more than 70 percent of our spending today. I have been working with a number of other senators to find ways to revise the budget process here in Congress, so we can address our budget crisis. What we have been working on would open up the entire budget to congressional management, including mandatory payments.

As we move forward to the 115th Congress and a new, Republican administration eager to work with us, rather than against us, I am optimistic in our ability to build on the successes of the past two years. But we must also get serious about bringing real changes that will leave our country even stronger for the next generation of Americans. 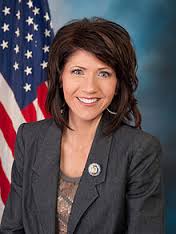 The swearing-in ceremony on January 3 marks the official start of the 115th Congress, but our work to prepare for these next two years has been ongoing for months.

Last summer, House Republicans introduced a once-in-a-generation blueprint for the reforms we feel are necessary to move this country forward. In late December after most of Congress had gone home for the holidays, I – along with just 23 other members of the House Ways and Means Committee – came back to Washington to hammer out two critical sections of this blueprint: tax reform and healthcare reform.

On tax reform, we worked on a framework for a simpler, flatter and fairer tax code. Coming from a state that has zero income tax, I wanted to share a real-world example of the economic benefits of a lower tax rate. As a busy mom, I wanted to speak to the importance of a simpler tax return – one that may even be simple enough to fit on a postcard. As an experienced small business owner, farmer and rancher, I wanted the tax code to incentivize growth in the American economy. And as a taxpayer, I wanted the loopholes to be closed and the IRS to be held accountable. Our work continues, but I’m glad we were able to communicate this vision from the onset.

On healthcare reform, we plan to take immediate steps to repeal Obamacare. While we’re still navigating the best legislative path from that point, we are committed to protecting the healthcare needs of all Americans. At our meeting in December, we worked through a number of ideas for creating a system that no longer relies on mandates, but instead ensures affordable access so families can choose what works best for them. This plan would deliver unprecedented freedom, empowering Americans to purchase the healthcare plan of their choice, manage how they spend their healthcare dollars, and access their electronic health records. Moreover, it would include tools that drive down the actual cost for delivering healthcare, an expense that is higher per person in the U.S. than almost any nation in the world. The only way health insurance is going to be affordable is if the delivery of healthcare becomes less expensive too.

With so much at stake, it was important to get a seat at the table for South Dakota during these debates. After all, there are challenges that come with having just one representative in the House. Places like Texas, for instance, have dozens of congressmen who can represent the state’s interests on any given issue. A state like South Dakota, however, occupies just one of 435 seats, so making our perspective known requires a deliberate effort. Getting in on these types of conversations is one of the reasons I fought for a seat on the House Ways and Means Committee last Congress.

Our state might be small, but we’ve already had a major impact on what’s expected to be an aggressive 2017 agenda. What’s more, those contributions have helped establish the tone for the 115th Congress and set the legislative branch up to hit the ground running on Day 1.