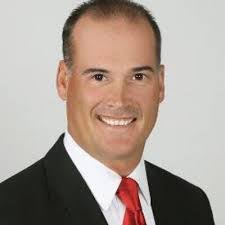 Gov. Dennis Daugaard announced that he will appoint Russell Olson of Madison to the South Dakota Game, Fish and Parks Commission.

“Russ will be a great addition to the Game, Fish and Parks Commission. He is an avid outdoorsman who is committed to conservation,” said Gov. Daugaard. “I appreciate Russ’ willingness to serve in this important role.”

Olson is the chief executive officer of Heartland Consumers Power District, based in Madison. He served in the State House of Representatives from 2007-09 and the State Senate from 2009-13, serving for three years as senate majority leader.

“As a lifelong resident, with generations of hunting and fishing traditions on both sides of my family, I want to do my part to make sure that the next generation of outdoor enthusiasts are able to enjoy the outdoors as I have,” said Olson. “It is vital that we continue to build better relationships with landowners as they hold the key to access and stewardship of one of South Dakota’s most precious resources.”

Olson will replace Duane Sather of Sioux Falls, who is retiring after four years on the commission. Olson’s term ends January of 2020.