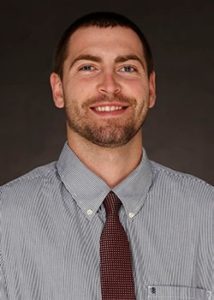 Northern State head men’s basketball coach, Paul Sather announced May 31 that Zach Horstman has been hired on as a full time assistant for the program. Horstman enters his new post after a successful two season stint as the Wolves graduate assistant.
Horseman is a Winner High School graduate where he was a standout basketball player.

In his first two seasons on staff, NSU went 58-12 overall and 37-7 in the Northern Sun. Horstman played a crucial part in the Wolves NCAA Elite 8 run this past season, as the team set a school record with 36 wins. Horstman worked primarily with the Wolves ‘bigs’, Carter Evans and Logan Doyle, who both ranked in the top-10 all-time in single season field goal percentage. Doyle was named to the NSIC All-Conference second team, NCAA Central Region All-Tournament team, and NCAA Elite 8 All-Tournament team.

“I want to thank President Dr. Tim Downs, Josh Moon, and Coach Sather for giving me an unbelievable opportunity to stay on staff here at Northern State,” explained Horstman. “To say that I’m excited is an understatement; I can’t wait to get to work and build on all the exciting things happening here at NSU.”

Horstman was involved in game prep and opponent scouting throughout the regular and post-season, as well as the recruiting efforts for the four incoming freshman in 2018-19. He planned and implemented team travel arrangements, in addition to academic hours and team study.

“I’ve learned so much in my two years under Coach Sather and am looking forward to continuing my development as a coach under him and Coach Jamie Stevens,” added Horstman. “Being able to learn from two coaches with a ton of success in coaching is a phenomenal opportunity.”

The Winner native began his coaching career on staff at the Sanford Pentagon working with a middle school team, as well as on-site and satellite camps through the venue.

“His experience with our recruiting, system of play, scouting, and game preparation will be invaluable for this upcoming season,” added Sather.

Horstman continued, “Northern State and Aberdeen is a special place full of great people from our administration to our student-athletes to our unbelievable fan and community support. I’m very grateful to have an opportunity to serve this university and this community. Go Wolves!”