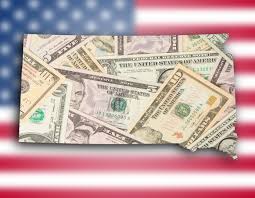 The United States Supreme Court announced its decision in South Dakota v. Wayfair, Inc., ruling in the state’s favor, 5-4, in a decision authored by Justice Anthony Kennedy. The court ruling was announced on June 21.

The Court overturned Quill Corp. v. North Dakota, holding that “the physical presence rule is not a necessary interpretation of the requirement that a state tax must be ‘applied to an activity with a substantial nexus with the taxing State.” The Court further held that, with South Dakota’s law, “the nexus is clearly sufficient based on both the economic and virtual contacts respondents have with the state.”

“This is a great day for South Dakota. We have long fought the battle to defend Main Street businesses and now with today’s ruling, all businesses will compete on a level playing field,” said Gov. Dennis Daugaard. “Thanks to all who helped us achieve this victory for tax uniformity – Sen. Deb Peters and all of the legislators who played a role, Attorney General Marty Jackley, and the national groups and 41 states that offered support.”

The case stemmed from a bill passed by the State Legislature and signed by Gov. Daugaard in 2016 which requires online sellers without a physical presence in South Dakota to collect and remit sales tax. The law applies to online sellers with more than $100,000 in sales to South Dakotans or 200 or more transactions.

Department of Revenue Secretary Andy Gerlach says the state will issue guidance in the coming days.

“We intend to do all we can to ensure compliance. Once we have thoroughly reviewed the opinion, the Department will offer specific guidance on how out-of-state online retailers that meet the threshold can comply,” said Secretary Gerlach. “The Department of Revenue will also continue to be a resource for in-state businesses that may be affected by the court’s decision.”