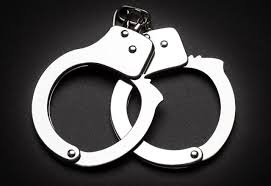 Two men were charged with assault after allegedly jumping another man in Winner.

Sammuel Old Lodge, 19, and Brennan Tunnissen, 21, both of Winner, were charged with two counts of aggravated assault.

According to court documents, a Winner police officer was flagged down by two men, one of whom had a bloody face.

Enroute to the hospital, the man allegedly told the officer he was jumped by Old Lodge and Tunnissen outside a Fourth Street residence in Winner.

The man said Old Lodge placed him in a choke hold while Tunnissen punched him in the face until the man became unconscious, court documents state.

The alleged victim suffered a laceration and fractured bone near his left eye, as well as bruising and swelling on his head and face.

Old Lodge and Tunnissen were both charged with two counts of aggravated assault, a Class 3 felony, punishable upon conviction by up to 15 years in prison and a $30,000 fine. Old Lodge has since pleaded not guilty to the charges.