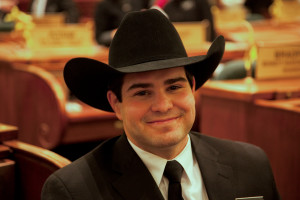 State Senator Billie Sutton of Burke entered the governor’s race on May 31.

The Democratic senator made the announcement at his family’s ranch.

Sutton shared with family and friends and fellow Democratic lawmakers the story of his rodeo accident that left him paralyzed from the waist down.

The investment consultant and former rodeo rider has served as a member of the state Senate since 2011 representing District 21. He would hit his term limit in the senate in 2018.

Sutton says he has the ability to work across the aisle politically and to relate to east and west river South Dakotans.