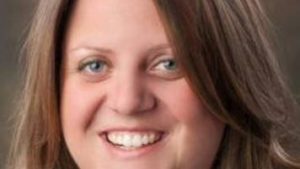 Billie Sutton, candidate for South Dakota Governor, announces Silvia Christen, former Executive Director of the SD Stockgrowers Association, has joined the campaign as finance director. Christen will head up all fundraising efforts and manage the budgetary operations of the campaign.

Christen said, “I’ve had my thumb on the pulse of South Dakota policy for years, and I’ve been so impressed with Billie’s ability to build coalitions and work for common sense solutions. I’m proud to join the Sutton campaign and ready to continue my work for a stronger South Dakota from this new capacity.”

A Rapid City resident, Christen has served as the executive director of the South Dakota Stockgrowers Association for the past seven years. While earning a degree from the University of Missouri in Ag Economics and Rural Sociology in 2005, Christen conducted research on ag policy and rural development in the US and South Africa.

Her resume includes previous involvement with the Vote Yes Rapid City campaign, local and regional elections, the Rapid City Chamber Ag Committee, and several other service organizations in the region and state. She was an integral part of the disaster recovery efforts following the 2013 Atlas Blizzard, and she was named the Black Hills Stock Show’s Ag Business Person of the Year in 2015.

Christen will work to continue the unprecedented fundraising success the Sutton campaign has achieved so far in this election cycle.