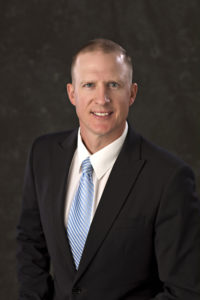 The South Dakota Retailers Association (SDRA) has named Nathan Sanderson of Pierre as its next Executive Director. SDRA is one of South Dakota’s oldest and most-respected trade associations, representing nearly 4,000 members in more than 160 business categories.

Sanderson currently serves as Director of Policy and Operations for Governor Dennis Daugaard.

“It’s an honor to join SDRA and work with a truly exceptional board of directors and staff,” Sanderson said. “I’m looking forward to advocating for South Dakota’s retail businesses.”

As executive director, Sanderson will be responsible for directing SDRA operations and activities; overseeing budgeting, policies, programs, and services; and leading its legislative efforts on a state and national level.

“We’re excited to bring Nathan on as our new Executive Director,” said SDRA Board President Gary Cammack. “He’s a great fit for our team and will be a tremendous asset to our organization.”