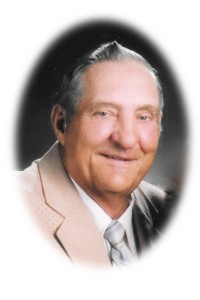 Robert Herman Kenobbie was born on Oct. 2, 1928 to Andrew Casper and Mary Amelia (Krause) Kenobbie in Reliance, SD. He graduated from Reliance High School in 1948, served four years in the Naval Reserve and in 1978, moved from Oacoma to Platte, SD. Bob was a hard worker; he worked at Al’s Oasis, had cattle and was an engineer for the South Dakota Department of Transportation for 41 years, retiring in 1988. He helped design Snake Creek and was inducted into the Transportation Hall of Honor in 2005.

Robert was united in marriage to Donna Kruske on July 25, 1986 at their home in Platte. He was a member of the First Reformed Church and a lifetime member of Campbell-Timmerman American Legion Post #115. He raised and trained coon dogs and also hunted raccoons to sell the fur. Bob had a good sense of humor, enjoyed gardening, helping others and cooking for different events. Bob loved his kids and his entire family dearly.