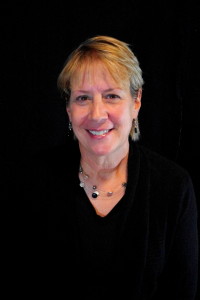 As the second week of the legislative session wraps up, we find the committee hearings beginning to take up bills. At present, the bill load is quite light, with the majority of bills coming from the administration and departments of state government.

I have been appointed to serve on the Agricultural and Natural Resources Committee and State Affairs committee. The only bill to date in the Agricultural committee is one that would repeal the requirement of corporations to file an Annual Farm Report, as these corporations already file the domestic business corporation Annual Report with the Secretary of State. Farm corporations are the only entities that currently file a report that reports intricate information such as the class of stock, the number of shareholders, etc. This bill passed unanimously out of committee and is headed to the House floor.

In House State Affairs, the committee has worked on bills clarifying the trust laws in South Dakota. Due to a variety of reasons, South Dakota has become a magnet for trust companies with its favorable laws governing the trusts and protecting beneficiaries. HB 1046 and HB 1051 were unanimously passed out of committee to revise the code and enhance the trust laws. The House will take these bills up during session in the third week.

The House floor sessions have been rather quiet this week, but are guaranteed to liven up as the committees send bills out. In looking forward to committee schedules, the House State Affairs committee will be dealing with the proposed repeal of Initiated Measure 22, which was passed by the electors in the November general election. While I’m not comfortable with all of the language in IM 22, I will not vote for the repeal. This measure is tied up in the courts, therefore, I’m not comfortable with repealing until a final ruling is announced by the courts. There are several bills that are forthcoming that will address the pieces of IM 22 related to campaign finance, lobbyist ‘gifts’, and code of conduct for state officials, including the executive branch and the legislative branch. The campaign finance bill will need to be amended from what I am hearing, but should be one that I can get behind for reform.

Bills that will be submitted within the next couple of weeks will include an attempt to allow the production of industrial hemp. This bill passed through the House last year but failed in the Senate Ag Committee. There as been a call from some in the Ag community to attempt this measure once again as economical development for agricultural producers. Industrial hemp is far from the cultured hemp grown in states that permit medical or recreational marijuana. The THC level is extremely low, while the plant is conducive to being harvested for twine, rope and other coarse materials. This will once again be a topic of concern for law enforcement so we will need to address that as the bill progresses.

The Joint Appropriations committee has been meeting each day and filing through department and agency budgets. Of course, the concern is still there that growth is limited with the slow sales tax revenue, therefore, as the committee works further, the budget will continue to develop.