Reminders of Our Outlaw Days 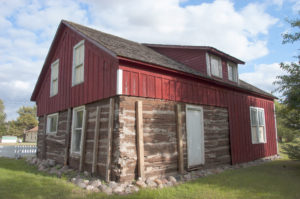 Every region has favorite outlaws and villains but few have the outlaw-rich history of Dakota Territory and South Dakota.

Those who came to Dakota Territory were either bravely adventurous or very desperate. The faint of heart did not leave family, friends and comforts of home for a dangerous and uncertain existence. South Dakota remains the center of the American frontier, and we are surrounded by remnants and reminders of territorial history.

Furthermore, descendants of some of our most colorful characters still live here. Not too long ago, South Dakota Magazine featured an article on outlaws. We wrote about a man who had lured investors to the Hills by switching mineral samples. The suckers realized they had been duped when miners processed 3,000 tons of ore and extracted only $5 in gold. It’s a good story, but one of our readers took offense. “My grandfather was not a crook!” wrote a nice lady from West River. It turns out her ancestor was also a pillar of the Rapid City community.

Other reminders of our outlaw past remain in every corner of the state. In Geddes the cabin of fur trader Cuthbert DuCharme sits in the city park. DuCharme, called “Old Papineau” because of a talent for whiskey-making (Papineau is French for pap water, or whiskey), lived along the banks of the Missouri River. His roadhouse boomed when Fort Randall was established, and wild parties were held every night.

On the other side of the state, a tree used for hanging three accused horse thieves still stands on Skyline Drive. The tree died long ago, but the trunk is now embedded in concrete, a grey reminder of an era when hangings were punishment for a crime that might not merit a prison sentence today.

One of those killed that night was a teenager. His two traveling companions admitted their guilt, but declared to the very end that the boy was innocent. Some Rapid Citians felt there was a curse on their city because of the boy’s hanging.

Yes, our past is hard to escape. A new gravestone now marks the Gregory County burial site of Jack Sully, the famous Robin Hood of the Rosebud country. The shackles worn by Lame Johnny on his last stagecoach ride (vigilantes stopped the coach and hanged him) are now split between the State Historical Society in Pierre and the 1881 Custer Courthouse Museum. Potato Creek Johnny’s 7.75 ounce gold nugget can be seen at the Adams Museum in Deadwood. And you can still sleep at Poker Alice’s house in Sturgis. Reminders of our outlaw history are all around. South Dakota Magazine’s book South Dakota Outlaws and Scofflaws is about the colorful characters who settled Dakota Territory. The book also points readers to historical places that can still be visited today — like Old Paps’ cabin and the hanging tree. For more information visit www.southdakotamagazine.com or call 1(800) 456-5117.