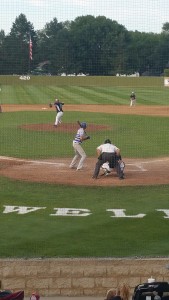 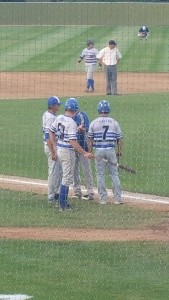 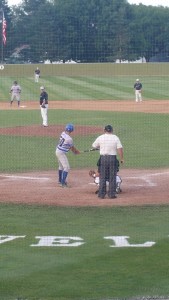 It was so close, and for the second consecutive year, Winner/Colome amateur baseball team saw their season end at the hands of Garretson.

In the quarterfinals of the State B tournament in Mitchell, Garretson nipped Winner/Colome 6-5 Thursday afternoon.

Trailing 6-2 at the start of the 9th inning, the first five Pheasants found a way to get on base. Reed Harter came around to score on a Austin Richey RBI single while Derek Graesser scored on an error and Richey scored on a Zach Harter fielder’s choice to make it a one run game.

Tarrell Bauld pitched in the bottom of the 8th inning.

The Pheasants scored its first run in the top of the fifth inning when Geno Katz scored on an RBI single by Reed Harter.

The Pheasants had the bases loaded with one out but failed to add another run until the top of the seventh inning. Lakin Neugebauer scored on a Richey RBI single in the seventh.

Austin Richey of the Winner/Colome baseball team won the batting championship at the State B tournament in Mitchell.
Richey batted .600 for the tournament.