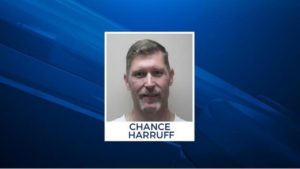 The murder trial for a Hamill man has been moved to Stanley County.

Chance Harruff, 48, will stand trial starting Oct. 22 through Nov. 2 for the murder of Kristi Olson who was found unresponsive in her Gregory County home on June 2017 and was pronounced dead at the Gregory hospital later the same day.

The charges stem from an incident in the early morning hours at which time an argument escalated and Harruff struck Olson with a “mule strength punch” to the chest, knocking her to the floor, according to court documents.

Harruff’s trial was at one point scheduled to begin in Gregory County where the alleged crime took place. However, a Jan. 23 filing from the defense argued that Harruff could not have a fair trial in Gregory County because the questionnaires submitted by potential juror indicated that many in the community were convinced that Harruff was guilty before hearing any evidence.

On Jan. 26, Judge Bobbi Rank issued an opinion in favor of the defense’s request granting a change of venue to Stanley County.

Two months after Rank filed to allow the trial to proceed in Stanley County, Harruff’s attorney then submitted another motion for a change of venue, arguing that bias among potential Stanley County jurors would make Harruff unable to get an impartial trial there either. That motion was denied.

Both sides have submitted their exhibit lists for the trial.