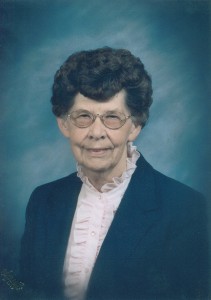 She moved to San Diego, Calif., during Second World War. Luella worked at consolidated Aircraft and was part of the American Women that worked in shipyard and factories during WWII known as “Rosie the Riveter”. On October 21st 1946 Luella was united in marriage to Floyd Nordsiden. She and Floyd farmed in Minnesota until retirement and settled in Westbrook. Her passion was sewing, embroidering, stitching, and cooking; which she shared freely with others. She cherished time spent with family.