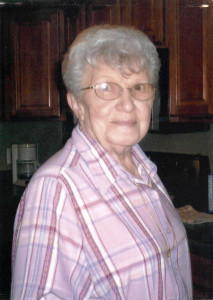 Lucille Marie Williamson was born on Feb. 28, 1925, in Jefferson, SD to Napoleon and Florence (Trudeau) Bertrand.

Lucille was married on Oct. 28, 1950 to James “Tiny” Williamson. They have five children.

Lucille worked at the City Liquor Store in Gregory and numerous cafe’s in Winner throughout her life.

Lucille was a lifetime member of the VFW and American Legion Auxiliaries.

Lucille passed away Sunday, Aug. 6, 2017 at the Winner Regional Long Term Care Facility at the age of 92.

Preceding her in death are her husband James “Tiny” Williamson, one son Donald Williamson Sr., her parents Napoleon and Florence Bertrand, two brothers Armond and Romeo, and one sister Leetta.