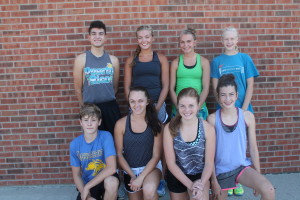 Winner Area cross country team has 19 runners out this season. The team has grown over the years and this year’s numbers reflect that growth.

Lettermen for the boys are Izak Moleterno, Wyatt Turnquist and Dawson Phillips.

The team will open the season with the Winner Invitational which is Friday, Aug. 26 at Winner Country Club. The meet starts at 10 a.m. This is a small meet with five to six schools.