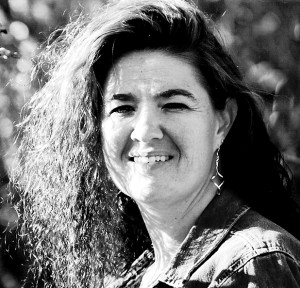 Kristi Lynn Olson was born July 31, 1978 in Winner, South Dakota to Jerald Lee Olson and Gay Lynn Olson. She was the younger sister of Jamie Lee Olson. Kristi was later joined by two half brothers, Joshua Olson and Justin Olson.

Kristi graduated from Burke High School in 1996. She lived the majority of her life on her grandparent’s farm in Dallas, South Dakota. She had a very strong connection with her grandmother, Lee Barry, and cared for her for many years. She loved living and raising her children on that same farm.

Kristi’s whole world revolved around her seven children. Her eldest daughter, Samantha, was born in 1997, followed by Layne, Matilynn, Kadyn, Vanessa, Marisa and Jake. She was an amazing mother who did everything in her power to provide for her children. She supported them in their extra-curricular activities and encouraged them to try new things.

Kristi was an extremely hard worker. She worked multiple jobs to support her family. She was always willing to help anyone who needed it. There wasn’t
anything she wouldn’t do to help those she cared about. Kristi had a heart of gold and lived her life to the fullest. She also loved spending time outdoors with the family, planting and caring for her flowers, and also gardening.

Kristi also had a way with animals. As a little girl, she loved all animals. During her teenage years she had a deep connection with horses. Anytime she could she would go out riding. As a young adult she began raising St. Bernards, which she did for many years. She even made a little enclosed area she called “Turtle Haven” where she put the turtles she found on the road. She wanted to make sure the kids had turtles to race over the 4th of July. Kristi always had pets around for her children which included horses, dogs, cats, goats, sheep and the turtles.