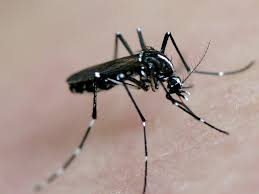 Women who are pregnant or planning a pregnancy should avoid travel to areas affected by the Zika virus, reminded a state health official today.

“The Centers for Disease Control and Prevention (CDC) still recommends that pregnant women avoid travel to Zika-affected areas,” said Dr. Lon Kightlinger, state epidemiologist for the South Dakota Department of Health. “People who do travel to the tropics and sub-tropics where Zika is transmitted need to protect themselves from mosquitoes with pants and long-sleeved shirts, an EPA-registered insect repellent and intact window and door screens.”

For most healthy adults the infection is mild and only 20 percent of people infected will become ill. Pregnant women who are infected run the risk of delivering babies born with the birth defect microcephaly. Babies with the defect have heads smaller than expected and often have smaller brains that might not have developed properly.

South Dakota is one of five states that has yet to report a Zika case. However, Kightlinger said the department is following one woman on CDC’s Zika Pregnancy Registry, an asymptomatic pregnant woman who previously lived in a Zika-affected area and was not ill but tested positive for Zika infection. The registry collects information about pregnancy and infant outcomes following laboratory evidence of Zika virus infection during pregnancy. Women on the registry are followed throughout pregnancy and their infants are checked at birth and at 2, 6 and 12 months of age.

Zika is not known to be carried by the mosquitoes found in South Dakota.