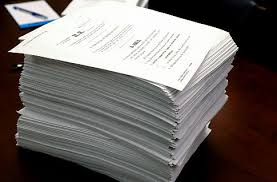 Gov. Dennis Daugaard signed the first bill of the 2017 Legislative Session into law on Feb. 1. The piece of legislation, House Bill 1006, clarifies the timeline for posting notices for public meetings.

Also, the Governor signed two other bills into law: Senate Bill 8, an act to codify legislation enacted in 2016, and Senate Bill 16, an act to revise certain provisions regarding a violation for an escape from certain facilities, programs, or services located outside the penitentiary.