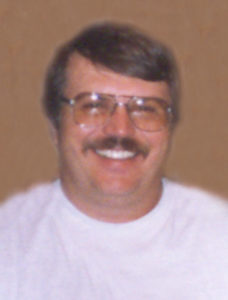 Doug was born in Winner, South Dakota to John Rehak and Beatrice (Kostal) Rehak in 1953. He was the youngest of seven siblings. His family lived in and around the Colome area during Doug’s younger years, until they eventually moved to Winner. At this time, his life consisted mainly of working, as he was on his own at the young age of 15. When Doug had the time, he enjoyed playing football, wrestling, and boxing. Doug then went on to work road construction for many years where he met his one true love, Patricia. The two eventually moved to the Black Hills, where they then got married in 1989. Doug worked in the open-cut mines in Lead, SD for some years until he decided a career change was for the best. He then attended Black Hills State University in Spearfish, SD where he graduated with a Bachelor’s Degree in Business. School came easy for Doug, despite his non-traditional status, he graduated with Magna Cum Laude honors. During this time, Doug had to juggle work, school and parenthood as Doug and Pat welcomed their first and only son, John Lewis Rehak into the world in February of 1991. Doug put his business degree to use and began what would be a successful banking career in 1997 at Norwest Bank in Mobridge, SD. He bounced around from Norwest bank to Norwest bank until he ended back up in his hometown of Winner, SD working as an Ag Banker and eventually becoming the bank president of the newly named Wells Fargo. In his spare time, Doug loved to spend time with his family and friends. He enjoyed hunting, fishing and being out at the farm with his son, John, and coaching him and his friends each summer in baseball. Doug used every spare minute he could find helping John study or practice the sport he was currently in. The highlight of Doug’s coaching career was winning regionals in Martin, SD and advancing to the state tournament as underdogs. He was extremely proud of each member of his team and would tell that to whoever would listen. When Doug wasn’t doing any of these things, you would most certainly find him giving someone advice who asked for it or lending a helping hand, as Doug had a one of a kind heart that always put others first. He took pride in being a Naja Shriner and loved participating in the Shrine Circus, parades and other events that were designed to benefit kids in need. Many people throughout the town viewed Doug as a father figure or role model and looked up to him in multiple ways.

Doug’s life unfortunately took an unexpected change when he was diagnosed with a rare kidney disease that forced him into taking an early retirement from the bank. He found refuge from this in his family, friends, and the farm. Doug always had a passion for farming and working on one, and eventually became a full-time farmer, when his health allowed it. Pat was his rock throughout all of this time and Doug said countless times he could not have gotten through this without his wife. Despite this difficult time, people would have never guessed Doug was going through one as his strength and positive attitude was always in full force. Throughout his remaining years, you would find Doug at the farm either working, hunting, or fishing, at the local poker game, or driving around town talking with his friends and dog, Buddy. He loved to hunt with John and always claimed to be the better shot out of the two.