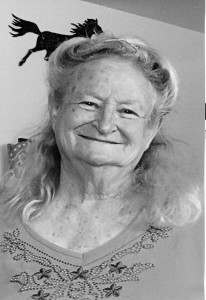 Donna, 73, passed away on July 2nd, in the care of Jill and family, in Ideal, SD. Donna was diagnosed with Lymphoma Cancer in late February. Jill took her in their home on June 4th to be cared for. Hospice aided Donna until the time of her passing.

Donna was born to Earl and Kate (Zindler) Maher of Rapelje, MT, on May 8th, 1943 in Big Timber, MT. At a younger age, Kate discovered that Donna did not respond to the noise of the pots and pans that fell while she was watching the television. So, she tipped toed behind her back and clanged them again, no response. They took her to the doctor and discovered that she was deaf with no nerves in her ears. They believed the reason for the deafness was her mother had the German Measles while she was pregnant. When she became school age, her folks had to take her to the Deaf & Blind School in Great Falls, MT. While Donna attended school, her parents farmed at Reed Point, MT. This was her home away from home till she graduated in 1962. They communicated with their daughter by writing and made up their own sign language. Donna had a passion for horses. She had no fear of being alone with horses or riding horses even though there were lots of snakes where they lived. They had a dog that would lead her around to avoid them. After Donna graduated she came home and lived with her folks who now lived in Gallatin Gateway, MT. While living there, she met Paul Haoughtaling who also lived in that area. She married Paul in 1965. They lived on Little Bear Road, in Gallatin Gateway. Donna loved showing her horse and was involved in showing from 1970 to 1975. She received many ribbons and trophies. 10 years later, they were blessed with a daughter. She began to teach Jill sign language at 18 months of age. In 1983 they got divorced when Jill was 7 years old. Then a year later Donna and Jill moved into Bozeman, MT, with Donna’s parents. April through June 1986 they lived in Silesia, MT, as a caretaker. They then moved back to Bozeman until Jill graduated from high school in 1995. Donna became involved in the Gallatin Co. fair as well as the Montana Winter Fair from 1983 through 1994, where she did a lot of volunteering and entering in open class. She has received many ribbons on baked items as well as arts and crafts. From 1995 to 1998 Donna lived in Laurel, MT. During those years she entered projects at the Yellowstone Co. Fair in Billings, MT. She worked at Ricci’s Thrifty in Laurel, MT. In 1998 to 2013 she lived in Belgrade, MT. Donna continued to enter projects at the Gallatin Co. Fair and the Montana fair from 1998 to 2006. She had several jobs: 2000-2002 at Trinity Lutheran Daycare, in 2002 for 5 months for a personal care giver and 2002 and 2006 at McDonald’s.

Donna enjoyed horseback riding, dancing, spending time with her deaf friends and family, singing songs in church, having a potluck gathering, playing games, fishing gardening, canning, baking, arts and crafts and genealogy. The most famous craft she was known for was the beautiful macrame items.

Donna will be missed very much, especially her smile and laughter.