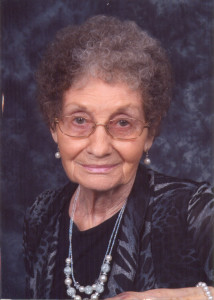 Donna was born March 1st, 1934 in Winner, SD to Leonard and Martha Ambroz. She was the youngest of two children. Raised on her family farm, she worked in the fields, milked cows, and did household chores. This is where her strong work ethic began. She loved to ride horses, play cards, and dance. Donna graduated from Winner High School in 1952. After graduation, she worked as a telephone operator in Winner.

On June 12, 1952 she was united in marriage to Richard (Dick) Frantz at the United Presbyterian Church in Red Bank, New Jersey. While Dick attended signal school for the Army, Donna worked at a cargo parachute factory. In November 1952, Donna returned to Winner to work for the Tripp County Extension Office, while Dick was sent to Korea. After the war, the couple made their home on the Frantz Family Farm until July 2017.To this union four children were born; Doug, Dan, Deb, and Deone. Her children were her pride and joy. She never longed for riches or travels. Everything she loved was right at home. If there ever was a perfect couple, it was Dick and Donna. She was always known for her hospitality. You were always welcome at her kitchen table where there was plenty of food. While raising her children, she worked in the field, drove silage truck, and cooked for all the hired men. She treasured the time spent with her family. She cherished her grandchildren and her great-grandchildren. Donna was active in the 4-H trail rides that Frantz Farms hosted for 26 years. She was also a member of the Legion Auxiliary and the Ideal Presbyterian Church.