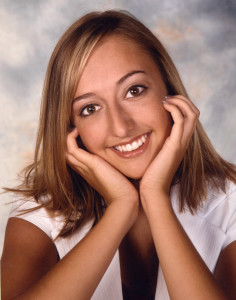 Danielle was born on December 20, 1989, in Burke, SD, to proud parents Kelly and Michelle McCollam. Danielle spent her early childhood in Winner where she attended grade school and middle school. In the summer of 2004 the family moved to Mobridge where she began her high school. She graduated from Mobridge High School in 2008, and later went on to attend Black Hills State University and South Dakota State University, she graduated from South Dakota State University with a degree in Hospitality Management.

Following college she worked at the Nantucket Yacht Club in Nantucket, Massachusetts. She then moved closer to her family and worked in Bismarck, ND as the Front Desk Manager for the Ramkota. She returned to Mobridge in 2015 where she began working for Golden Living Center as the Dietary Manager. In March 2016 she became part of the Human Resources Department for PIC/Apex in Mound City, SD.

Danielle made wonderful memories during high school and was very humbled and proud to have been the Homecoming Queen in 2008. One of her other highlights from high school was being a member of the squad awarded Spirit of Six during the 2006 Girls State A Basketball Tournament. She also had a love for playing the piano that she developed from an early stage and had kept with her throughout her life. At the time of her passing Danielle was very happy to be living in Mobridge among friends and family. She was also very excited with her job that gave her the opportunity to travel between Canada and Tennessee; and meet many interesting people.

Danielle was well known for being very loving and kind, and it showed through her many friends that she had gathered throughout her life. Her ability to find the good in people was always present. Danielle was well known for her bright and vivid smile and her willingness to help. Danielle was an amazing family person, doing a great job of always keeping in touch with her family; and had a special knack for remembering birthdays and special dates. Words cannot express how much she will be missed by her family and friends.