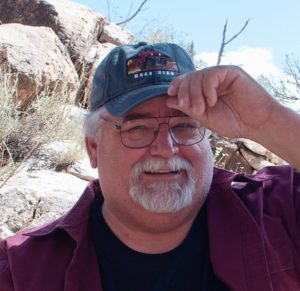 Daniel J. Jones was born Dec. 1, 1959, in Salina, Kan., the son of Douglas and Marilyn (Dillehay) Jones. Raised in a military family, Dan attended schools in cities throughout the United Sates before moving to Winner, S.D., in 1976. He graduated from Winner High School in May 1978.

He married Brenda Johnsen on Aug. 23, 1980, at the Immaculate Conception Catholic Church in Winner.

Dan’s interest in knowing how things work developed at an early age when he began taking apart his toy tractors, Tonka trucks, his bicycle and even a lawn mower. After high school, he bought a set of tools and went to work for the local John Deere dealer, teaching himself how to repair combines and tractors with the shop manuals.

These mechanical talents served him well throughout his life. His tool box still contains many one-of-a-kind tools that were created by him with a cutting torch and a welder.

Always one who was happiest when working for himself, his entrepreneurial spirit began in Grand Forks, N.D., delivering newspapers, shoveling snow and mowing lawns. Many model kits for cars and airplanes were purchased and assembled with his earnings. Never afraid to take on a new challenge throughout his life, he pursued trucking, farming, feeding cattle, custom farming, hauling hay and grain to market for himself and others. These provided him the opportunity to develop leadership and management talents that he utilized with truck fleets at the Old Home Bakery in Hastings and Norfolk Iron & Metal (NIM) in Norfolk. During his tenure with NIM, he accomplished many notable achievements and ultimately held the position of vice president of transportation, which he was very proud of.

The business venture that brought him the greatest joy was working together with his son, building a successful restoration business, bringing life back to classic Ford Broncos for customers throughout the United States. Their business has grown into one of the premier Bronco restoration companies, Bronco Connection.

His love for the outdoors spilled over into every area of his life. This included hunting with his best friend, Rick, his son and brother. It also founded a bond of families through a love of four-wheeling.

Many wonderful memories were made on vacations with family and friends wheeling Jeeps in the Black Hills, Colorado and Utah. His greatest pride and joy was his family and knowing that he instilled a love for the outdoors while Jeeping with them. His family and friends will carry on his legacy by continuing to Jeep and enjoy time together.

He was preceded in death by his mother, Marilyn (Dillehay) Jones; grandparents Bert and Golda Jones and Merwin and Gladys Dillehay; and grandnephew Brayden Worden.

In lieu of flowers, the family requests that memorials be made to the family 1200 N. 13th St., Norfolk, NE 68701, for a college fund for their daughter, Katie Jones.

Condolences may be expressed to the family online atstonacekfuneralchapel.com.