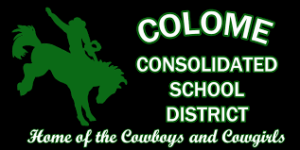 A lot of public opinion was expressed at a meeting Thursday night to discuss plans for a new middle/school high school in Colome.

The Colome Consolidated School Board held the meeting with about 120 people attending.

In addition to school board members, speaking at the meeting were Jeff Nelson of Falls Architecture Studio, Sioux Falls and Adam Houdeshell and Jason Brown of Summit Construction of Platte.

The estimated cost of a new school is $2.5 million. The school board has discussed using capital outlay money and some financing to pay for the school. There will be no tax increase or bond to build the school.

Some community members asked if it was possible to have a bond issue and use a smaller percentage of the capital outlay funds.

“A lot of great ideas came out of this meeting,” said Vince Thieman, chairman of the school board. “The board felt very happy with the community input and are excited to move forward with this project.”

Thieman added that he felt coming out of this meeting the community wants this taken to a public vote. Thieman says he plans to recommend this process at the April 9 school board meeting.

“The school board wants to thank the community for being involved,” said Thieman. “It was a very positive meeting.”

The current high school is 100 years old and is in need of lot of repair.