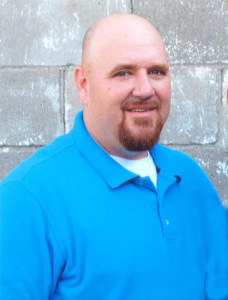 Robert Connot, age 43, of Winner, passed away on Thursday, May 26, 2016 at the Avera Heart Hospital in Sioux Falls.

Robert James Connot was born September 6th, 1972 to Melvin and Rosemary (Shoemaker) Connot. Bob spent his early years working on the family farm; which instilled a strong work ethic, toughness, and pride that Bob would embody for his entire life.

As Bob got older he fell in love with sports. Football quickly became one of Bob’s passions and when asked about his high school homecoming, Bob would simply say “Winner 33 – Valentine 6.” Bob was very proud that both he and his Grandpa Red were centers on teams that beat Milbank to win state titles, Bob in 1989 and his grandpa in 1933.

On March 30, 1996 Bob married the love of his life, Kara. They were a great team and their marriage was filled with laughter and love. Bob would compare their marital greatness to that of the Green Bay Packers led by Lombardi. Bob and Kara had 5 children. Bob adored watching his children grow and he was their biggest fan! He would sacrifice anything to spend time with his kids.

Bob worked for the Tripp County Sheriff’s department from 1994-2001. He spent the past 15 years working at the Unified Judicial Services as a Court Service Officer. He used his profession to positively impact the lives of many “at risk” youth. He will be remembered as a caring, kind, and humorous co-worker.

Bob was very full of life and will leave behind a great legacy. He was a blogger, a web-caster, the manager of a softball team, a commissioner of a little league, the founder of a NCAA bracket challenge, a Winner Warrior historian, and a die-hard Cubs, Packers, and Notre Dame Fighting Irish fan, and not a fan of musical theatre, much to the dismay of his daughter Molly. Bob loved to garden and he loved to watch Winner Warriors football from the HILL! Most importantly he was a loving family man and a great friend. 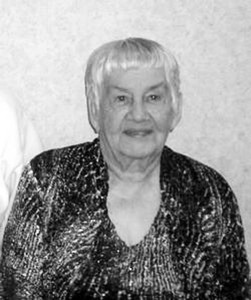 Thelma, the first child of three to Thomas Jefferson McFarland and Hazel Emily VanMetre McFarland, was born on August 8, 1926 in Tripp County, South Dakota and grew up on a farm near Colome, SD.

Following graduation from Colome High School, Thelma married William ‘Billy’ W. Wilding on June 2, 1947 and lived on a wheat and dairy farm near Winner, SD.  The Wildings left the family farm (1963) moving to Rapid City, SD.  Bill & Thelma moved to Minot, ND (1970), and following retirement began to travel the US (1989). They resettled in Riverdale, ND (1997) and finally moved to the Advent Christian Village, Dowling Park, FL  (2003).

Thelma labored diligently as a farm wife, an electronics technician, a nursing home cook, and a hospital volunteer.

Thelma was a committed and active church member throughout her life and served as a Deaconess in her former beloved church, Immanuel Baptist Church, Minot, ND. As Thelma’s health declined she lived a few years at The Good Samaritan Care Center, Dowling Park, FL, then in February 2016 she moved to Solaris Healthcare of Lake City, FL 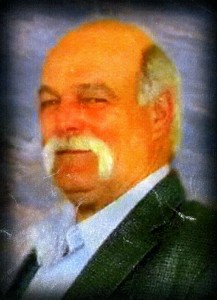 Denny had a nack for all things mechanical and loved to tinker on all sorts of projects. His favorite project was his unique red truck and you always knew it was him coming through town. He loved to tell a tale and spin a yarn.

He grew up in the country and attended a country school through grade school. He joined the Nation Guard and served four years. He lived in various places in South Dakota and Nebraska before settling in Oklahoma.

He loved his wife Leila and missed her greatly after her passing. He had a soft spot for animals of all kinds. He was an honorable man and if he considered you a friend, you were a friend for life. He loved being a trucker and the freedom that the road provided. He was looking forward to getting Papa Pete back on the road. While he didn’t attend church regularly, he believed in God. 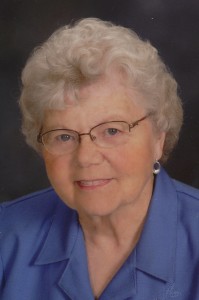 The Funeral Mass for the repose of the soul of Anita Steinfeld was prayed at 10:30 AM Wednesday, June 1, 2016 at Holy Family Catholic Church in Mitchell. Burial was at St. Peter and Paul Catholic Cemetery in Dimock.

Arrangements are under the direction of the Bittner Funeral Chapel.

Anita Elizabeth Schoenfelder Steinfeld was born August 27, 1925, the oldest child of Barney and Elizabeth (Kummer) Schoenfelder in Parkston, SD. Anita attended school in Parkston and later moved to Kennebec, SD, where she worked as a clerk in the Lyman County Court House. It was here where she met James Steinfeld, starting a romance that would last 61 years. They married on October 27, 1947 and to this union they happily welcomed four children.

Anita spent her adult years living in Mitchell and Winner. She worked in various professions: caring for children in her home, altering and building clothes as a master seamstress, and working as a sterilization tech in the operating room at the Winner Hospital.

Anita was active in her church and the Moose Lodge. She always had an open door and heart for everyone who stopped by. The coffee was fresh, sweets were abundant, and there was always a hot game of pinochle on the table. She cherished her family and friends above all else. Her unending commitment and unconditional love was evident in everything she did. Having her as our matriarch was a privilege and honor.

One of her most recent challenges was a November 2011 motor vehicle accident that resulted in her residing at Avera Brady Health and Rehab. Her magnetic spirit touched all who cared for her. We are forever grateful for the compassion, love, and care that were extended to her every day. 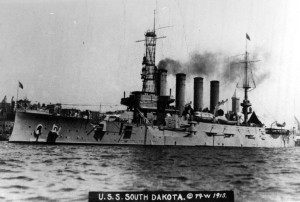 The official keel-laying ceremony took place recently for the new U.S.S. South Dakota attack submarine. This milestone for the third such vessel named in honor of our state signified the start of the vessel’s construction.

A significant milestone occurred in the life of the first U.S.S. South Dakota in 1904. On July 21, South Dakota Gov. Charles Herreid, his daughter Grace, and a party of 10 were in San Francisco to christen and launch the armored cruiser. Launching is the day the ship’s hull is put in the water.

Congress had authorized the building of the armored cruiser by Union Iron Works of San Francisco in 1900. Grace Herreid was the ship’s sponsor. In the Navy, a sponsor is the title given to a citizen chosen to christen a naval vessel. During the launching ceremony, the bishop of the Episcopal diocese of California gave a short prayer and Grace pressed a button that released the cruiser from its blocks. As the cruiser slid down the ways, Grace swung a bottle of champagne against the hull and bestowed the name U.S.S. South Dakota on the ship. Part of the figurehead, which is an ornament on the bow of a ship, was the South Dakota state seal in brass.

Commissioning is the day the captain assumes command on board. The U.S.S. South Dakota was commissioned in 1908. The time difference between launching and commissioning has to do with completing the outfitting of the ship and training the crew.

The first U.S.S. South Dakota was attached to the Pacific Fleet.

In 1914 Mexico was in the midst of civil war. President Woodrow Wilson sent American warships to waters off Mexico to protect American interests and property. The U.S.S. South Dakota with Marines on board kept the Mexican coast under surveillance by cruising up and down the shoreline.

After the United States entered World War I, the U.S.S. South Dakota joined the Atlantic Fleet. It patrolled the South Atlantic, operating from Brazilian ports, searching for German vessels. In 1918, the cruiser escorted troop convoys from the East Coast to the mid-Atlantic rendezvous point where British cruisers joined the convoy.

Following the signing of the armistice, the U.S.S. South Dakota made two voyages from France to New York to return troops to the United States. The wartime crew consisted of 700 regular Navy men and 500 naval reservists.
In the summer of 1919, the U.S.S. South Dakota was ordered back to the Pacific to serve as flagship of the Asiatic fleet, which consisted of 26 vessels including eight destroyers. The flagship is the ship carrying the flag officer or commander of a fleet, and displaying the officer’s flag.

The U.S.S. Huron served in the Asiatic Fleet for seven years. When Japan was hit by a devastating earthquake in 1923, the U.S.S. Huron helped bring clothing, food, medical supplies and other items to Japan.