Two persons from Winner graduated on Dec. 12 during the winter commencement at the University of South Dakota. 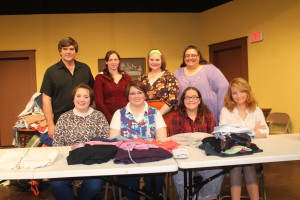 A stormy night, washed out roads, and a group of five women working in the basement of a church to help with a relief effort.

The play with the long title, “The Charitable Sisterhood of the Second Trinity Victory Church” opened this weekend at the Winner Community Playhouse. The cast of five women do a wonderful job.

The play will be presented again this weekend Dec. 11-12 starting each night at 8 p.m. Call 842-1958 for reservations. This might be a nice gift to give that person that is hard to shop for at Christmas. Give them the gift of theater and let them see the magic that is created on the Winner stage. 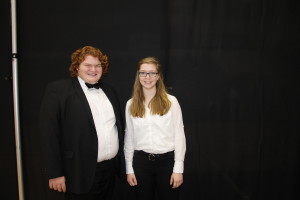 The State Oral Interpretation Festival, sponsored by the South Dakota High School Activities Association, brings together South Dakota’s best high school oral interpretation speakers in a “festival” setting.  During the State Festival the students will compete to achieve a “Superior” rating which is the equivalent of a state championship in their contest event.  State Oral Interpretation Festival competition is divided into seven contest events: Non-Original Oratory, Interpretation of Serious Reading, Storytelling, Poetry Reading, Humorous Reading, Duet Interpretation, and Readers Theatre. Schools are divided into three different classes based on student enrollment grades 9-11. Winner participates in Class A. Class A had 104 entries from 30 different schools.

Winner was represented by Duncan English and Shannon Duffy. Duncan presented in Non-Original Oratory and Serious. Duncan had to present each of his pieces before three judges, in each category, and not exceed a 10 minute thirty second time limit. For his pieces he also had to have a copy of the piece and refer to it when presenting. Shannon presented in Storytelling and also presented her piece before three judges but had a five minute thirty second time limit and the piece had to be totally memorized. For his outstanding performances, Duncan was awarded a Superior rating and a medal in both of his categories. This was Duncan’s fourth year participating at State Oral Interpretation Festival and his third year of bringing home a Superior medal. When a Class A and Class B school have two superior ratings at the State level, they are awarded a Team Excellence Award. Winner received a Team Excellence Award 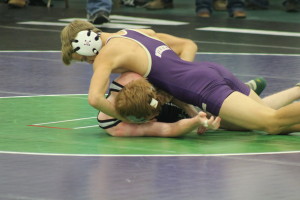 “The boys came out and performed very well in the first tournament of the year,” said Coach Matt Chambers. 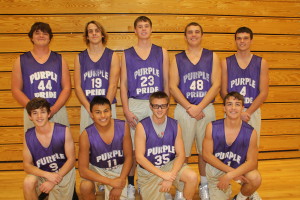 The Winner High School boys basketball team will open the season on Dec. 11 when they host Wagner. This will be a boys and girls double header.

Last year the Warriors finished third in the State A tournament as they defeated Little Wound 60-54. 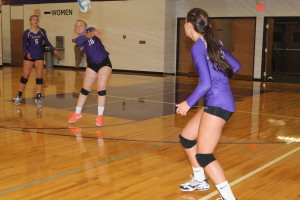 Dakota Wesleyan University volleyball coach Lindsay Wilber has signed nine athletes for the 2016 season. Among those signing is Sydney Fritz of Winner.

Fritz also participates in basketball and track and field for the Lady Warriors.

The daughter of Jim and Pam Fritz plans to major in elementary education at DWU.

“Sydney has a quick arm swing with power that is hard to defend,” said DWU coach Wilber. “She reads the block well and has a great court sense defensively.”

Six members of the undefeated Winner High School football team have been named to the Class 11B all-state team.

All six were integral parts of Winner’s undefeated season that culminated with a state championship as the Warriors defeated Tri Valley 45-6.
“These honors come with team success,” said Winner coach Dan Aaker. 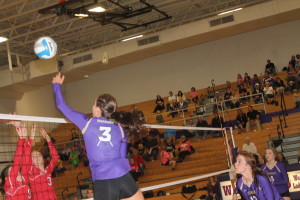 Winner’s Sydney Fritz has been named to the first team of the state Class A all-state volleyball team.  This is the second year the Winner senior has been on the all-state team. 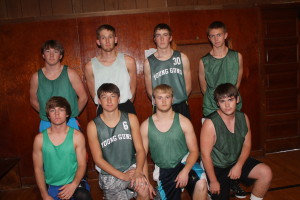 Colome boys basketball team will open the season by playing in the Tea Classic on Dec. 12. The Cowboys will play Vermillion at 2 p.m. 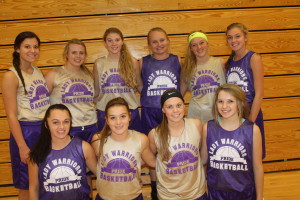 Winner Lady Warriors basketball has a good nucleus of returning letterwinners to lead the team.

The Lady Warriors will open the season Dec. 11 when they host Wagner.